The book series “The Future of Europe: views from the Capitals” is one of TEPSA’s flagship activities. These collections of short chapters, published every year, analyse topical European issues from the perspective of each EU Member State and neighbouring countries, and help understand the future of the European project. The series is edited by Michael Kaeding, Johannes Pollak and Paul Schmidt, and showcases chapters written by researchers from the TEPSA network and beyond.

Michael Kaeding is former Chair and current Honorary Board Member of the Trans European Policy Studies Association. He is Professor of European Integration and EU Politics at the University of Duisburg-Essen, Germany, holding a Jean Monnet Chair.

Johannes Pollak is Rector of and Professor of Political Science at the Webster Vienna Private University, Austria. He is also Senior Research Fellow at the Institute for Advanced Studies, Vienna, and Chairman of the Institut für Europäische Politik.

Paul Schmidt is Secretary General of the Austrian Society for European Politics in Vienna. He has worked at the Oesterreichische Nationalbank in Vienna and at the Permanent Representation of Austria to the European Union.

Fifth Edition – Climate Change and the Future of Europe: Views from the Capitals (2023) 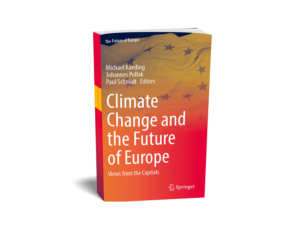 While the ambitious objectives outlined in the EU’s Green Deal aim at making Europe the first climate-neutral continent by 2050, national implementation greatly varies depending on local geographies, history, culture, economics, and politics. This book analyses Member States’ and EU neighbours’ national efforts to combat climate change. It subsequently draws on these factors to highlight local challenges, tensions, and opportunities on the road towards climate neutrality. In the context of inter-country dependencies following Russia’s war against Ukraine, it addresses strategic questions regarding EU integration, the transformation of our economies, the reduction of energy dependencies, and public perception of the above. The book also makes concrete recommendations, in various policy areas, on how individual countries and the EU as a whole should deal with the climate crisis.

The book presents insights from over 50 experts in 39 countries in the EU and neighboring regions, provides examples of national paths toward climate neutrality, and on public perception of the climate crisis, and includes recommendations on how policy-makers should implement climate policies, both at the national and EU level.

You can pre-order the book here!

Fourth Edition – Russia and the Future of Europe: Views from the Capitals (2022) 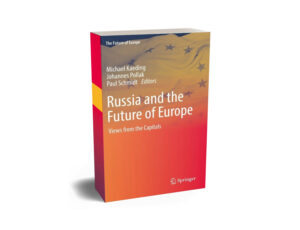 This book sheds light on how Member States and EU neighbours relate to Russia. It includes their historical, financial and political ties, as well as the public perception of the national population vis-à-vis Russia. Each chapter builds on these factors to elucidate the country’s position towards Russia and provides a prediction on the future of these relations. This volume shows the diverse relations that the EU member states and neighbours have with Russia, spanning from tense and confrontational to more eased and friendly, highlighting the contrasts between the national state and the EU as a whole.

The book also presents the reader with concrete aspects in different policy areas, via recommendations on how single countries and the EU should deal with Russia. Russia’s invasion of Ukraine on 24th February 2022 will change the relationship between the West and Putin’s Russia for decades to come. No doubt that this blatant violation of International Law and the incomprehensible human suffering of Ukrainian citizens will massively change the attitude of the countries analysed in this book.

Third Edition – Solidarity in Action and the Future of Europe: Views from the Capitals (2021) 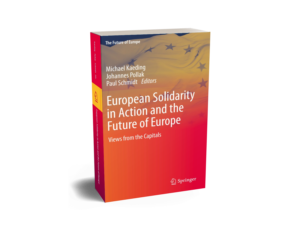 This book sheds light on how Member States and EU neighbours reacted to the COVID-19 pandemic through the lens of European solidarity, what they expect from the EU, and other Member States, and how they are ready to contribute to common action. It includes a Foreword by the Vice-Presidents of the European Parliament Katarina Barley and Othmar Karas. The volume reveals how European countries experience and perceive solidarity from the EU and towards the EU in different policy dimensions, such as intra-EU mobility, healthcare and financial and economic aspects of Europe’s recovery.

The spread of COVID-19 appears to have turned the world upside down. The pandemic has put enormous stress on the global economy. Its impact on the European Union, its Member States and neighbouring countries poses the biggest challenge since its existence. It is the latest stress test of the Europe’s solidarity after being pummeled by the eurozone debt turmoil, the migration crisis of 2015-16 and Brexit. Whether the EU can bounce back and what shape the recovery will take depends on what actions the Member States are willing to take individually and collectively in the days, weeks and months to come.

Second Edition – Euroscepticism and the Future of Europe: Views from the Capitals (2020) 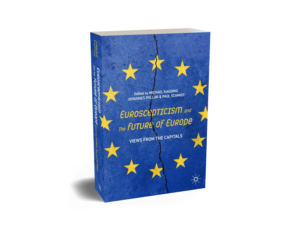 This book sheds light on how the increasing prominence of Eurosceptic and nationalist parties is having an impact on the thinking of mainstream parties, their representatives in the European Parliament, and the future of Europe. It is timed to coincide with the strategic vision of Council, Commission, and Parliament, as well as the next phase of the Brexit negotiations. The book provides perspectives on the future of the European project from authors in all the EU Member States, as well as neighbouring European countries and potential candidates. It includes a Foreword by the Vice-president of the European Parliament.

With many Eurosceptic parties now in national government, or winning European elections and thus exerting influence over the national debate, this book maps and analyses the nature and impact of Euroscepticism — and new nationalist tendencies — in the different party systems of Europe. As national political parties are the gatekeepers of the process of political representation, they play a pivotal role in mobilising civil society and in setting the political agenda. They shape politics at national level, but also determine the way in which Europe plays out — or does not play out — as a political issue. Thus, it is from the national capitals that the very future of Europe emerges.

You can buy this book here!

First Edition – The Future of Europe: Views from the Capitals (2019) 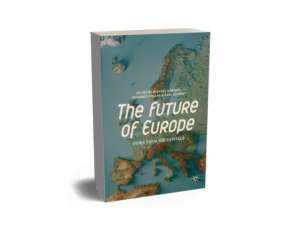 This book sheds light on the political dynamics within the EU member states and contributes to the discussions about Europe. Authors from all member states as well as Iceland, Norway, Switzerland and Turkey assess how their country could get more involved in the European debate, taking the reader on a journey through various political landscapes and different views. The book includes a Foreword by the President of the European Parliament, Antonio Tajani.