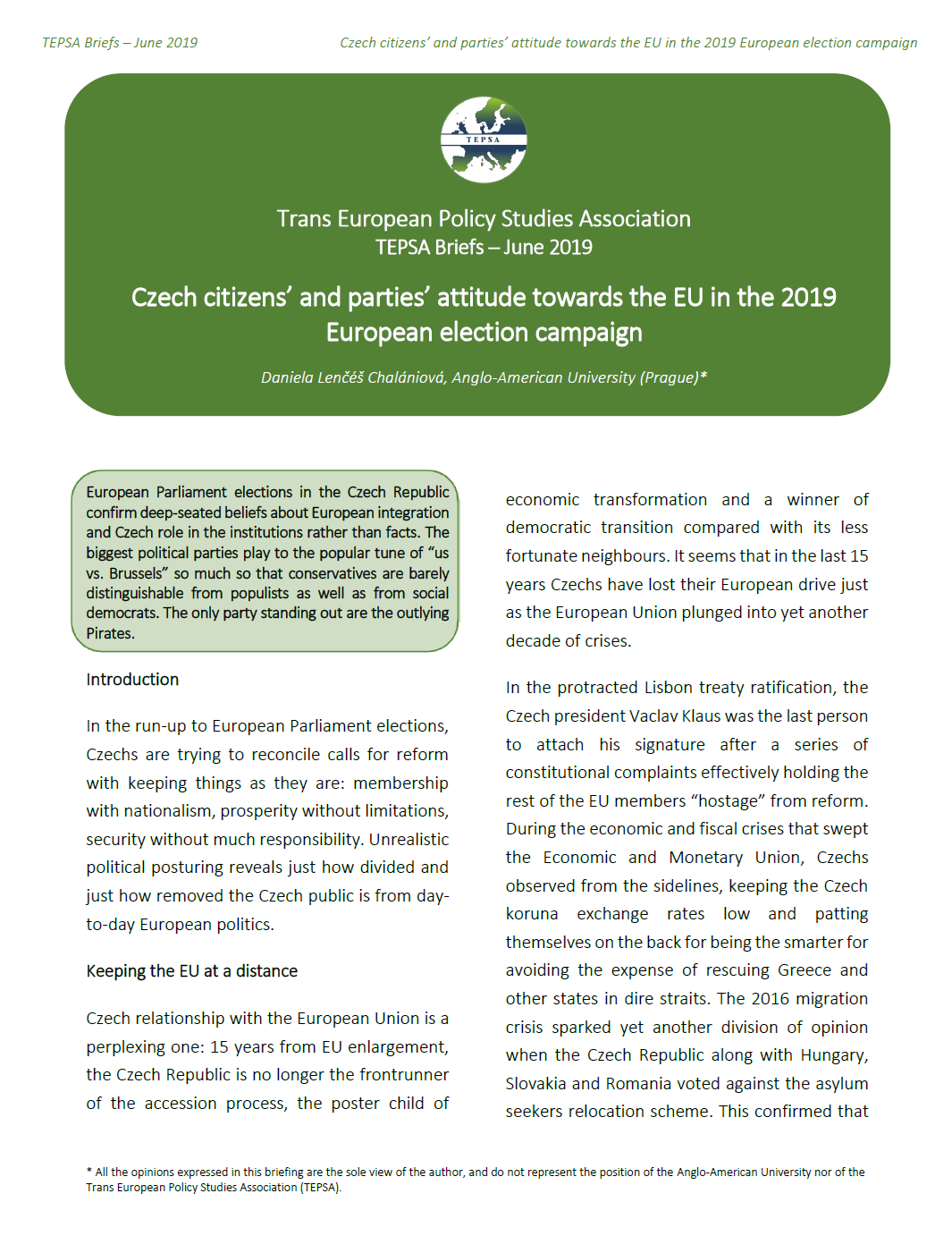 TEPSA is happy to present its new policy brief “Czech citizens’ and parties’ attitude towards the EU in the 2019 European election campaign” written by Daniela Lenčéš Chalániová, Dean of the School of International Relations & Diplomacy at the Anglo-American University (AAU) in Prague, Czech Republic.

European Parliament elections in the Czech Republic confirm deep-seated beliefs about European integration and Czech role in the institutions rather than facts. The biggest political parties play to the popular tune of “us vs. Brussels” so much so that conservatives are barely distinguishable from populists as well as from social democrats. The only party standing out are the outlying Pirates.