TEPSA and its Slovenian member, the Centre of International Relations (CIR) at the University of Ljubljana, organized a Round Table with the Members of the European Parliament (MEP) Tanja Fajon and Milan Brglez on “Challenges in the European Union and the Role of Youth” in the framework of the Europe for Citizens Programme. The event took place on 11 November 2019 from 17.30 to 19.00 at the Faculty of Social Sciences, University of Ljubljana, Slovenia and was attended by 174 participants. 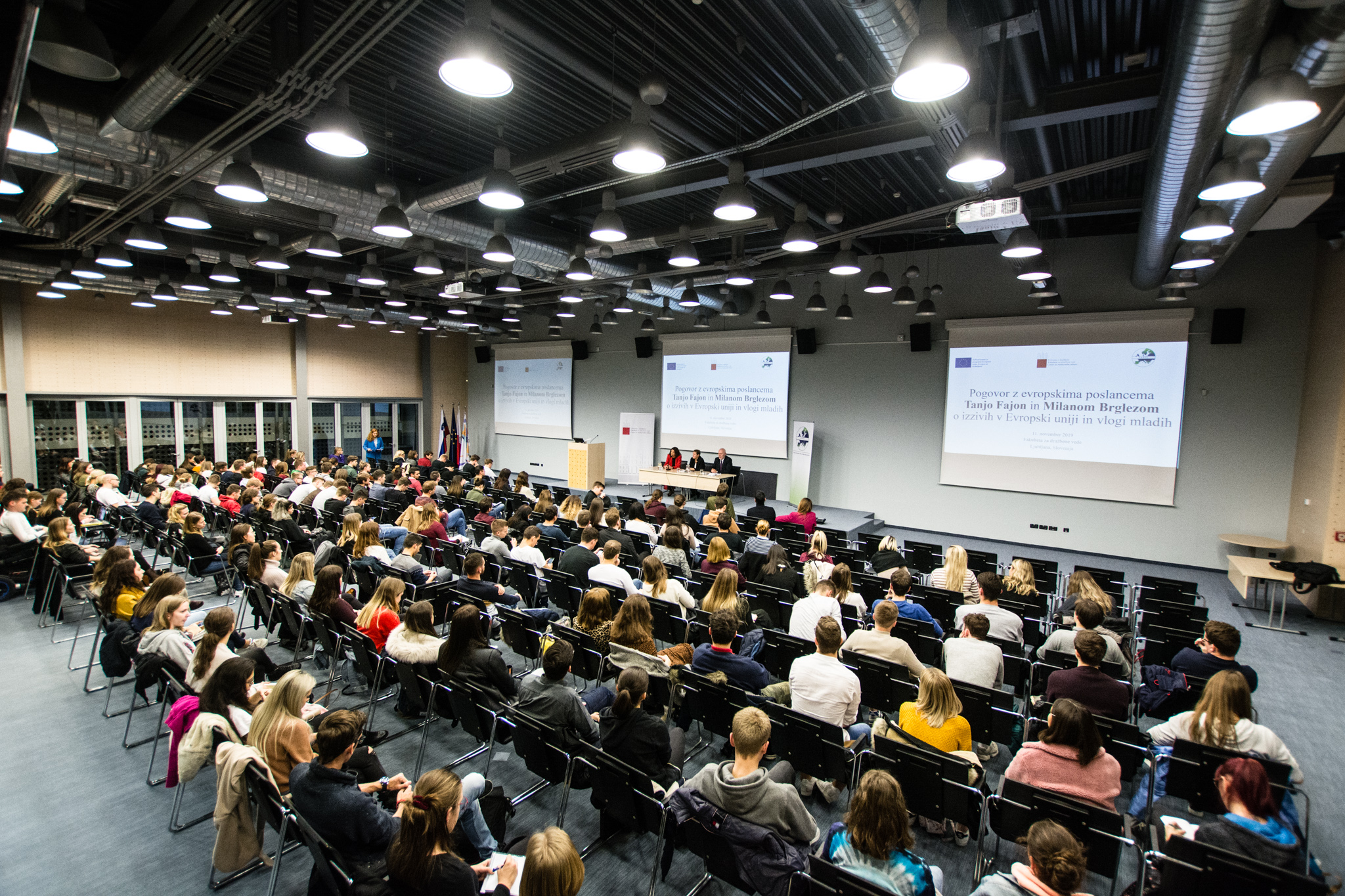 First, introductory remarks were given by Maja Bučar, head of CIR, who moderated the discussion. She emphasized that the basic idea of the round table was to debate what are the key challenges for the EU currently and what is the role of youth within the ever-changing dynamics on the EU level. MEP Tanja Fajon argued that, during the time of her active engagement in the EU politics as member of Parliament for past 19 years, the EU has changed in terms of its unity, solidarity and cooperation. Furthermore, various crises, from the financial, fiscal, to moral crisis contributed to the rise of the far-right movements, political parties and populism. MEP Milan Brglez, emphasized that the EU should focus more on environmental policies and in this context, the new Green Deal should be understood as a developmental breakthrough. It is important to recognise the social dimension of the new Green Deal, argued Milan Brglez. At the same time, the EP is faced with the new reality, driven by strong national interests, which hinders the effectiveness of the decision-making process on the level of the EU. 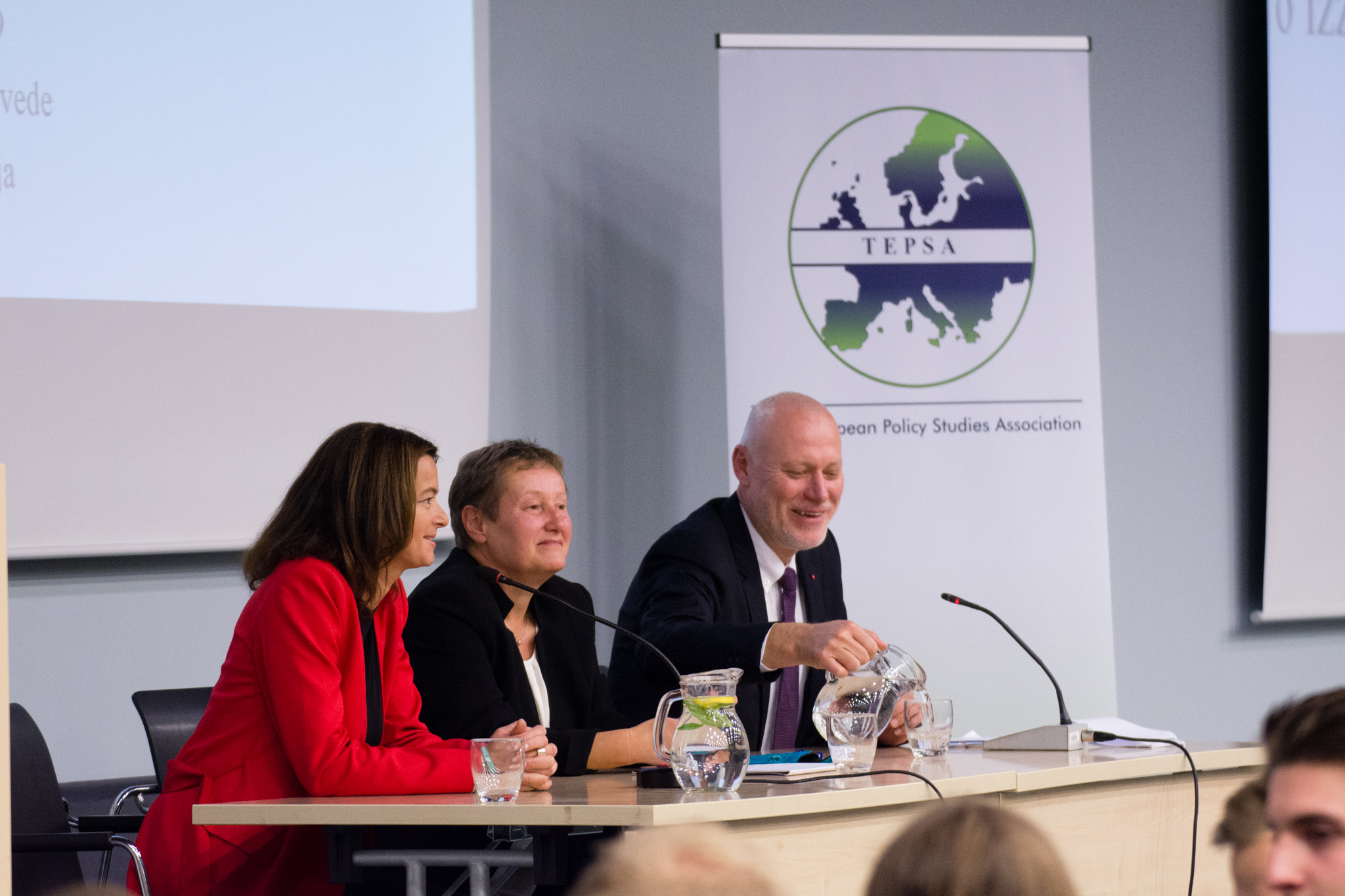 The MEPs were invited to comment on the thesis that we have shortcomings when communicating the more complex benefits of the EU to the youth, as it seems that the Erasmus programme and the Schengen visa-free travel regime are often perceived as the most tangible results of the membership. Tanja Fajon further elaborated that we have problems when we communicate EU policies, as the Brussels language is sometimes too complicated. The Slovenian media often disregard the more complex EU policies, which require significant level of expertise and focus on more attractive results such as the Schengen area, the euro and the Erasmus programme. While sharing the above initial assessment of lack of proper communication of EU policies, Milan Brglez focused more on the discrepancy between the attractive topics such as Erasmus schemes and ‘taken for granted’ achievements such as the political and judicial dimension of human rights. Before opening the floor for the discussion, Maja Bučar encouraged both MEPs to give some examples of how the Slovenian youth could mobilise in order to push the debate further in the political agenda, especially in the areas which are important for their future. If Tanja Fajon advocated for finding the inspiration for engagement in the contemporary environmental protests and free access to the internet, Milan Brglez backed the notion of political involvement of the youth by at least participating in the national and EU elections. In later stages, he argued, they can join different pressure and interest groups.

In the open debate, the present deliberations on the EU level were further addressed by tackling the foreign policy dimension. The questions on the enlargement to the Western Balkans in general and North Macedonia and Albania in particular were discussed. Also, the security situation in Bosnia and Herzegovina specifically was analysed. The dynamic debate was further coupled by questions on the future of sub-regional blocks within the EU, EU cohesion funds and Innovation policy, where EU is facing global competition from big powers such as China and the United States.

You can read the report from the event here.