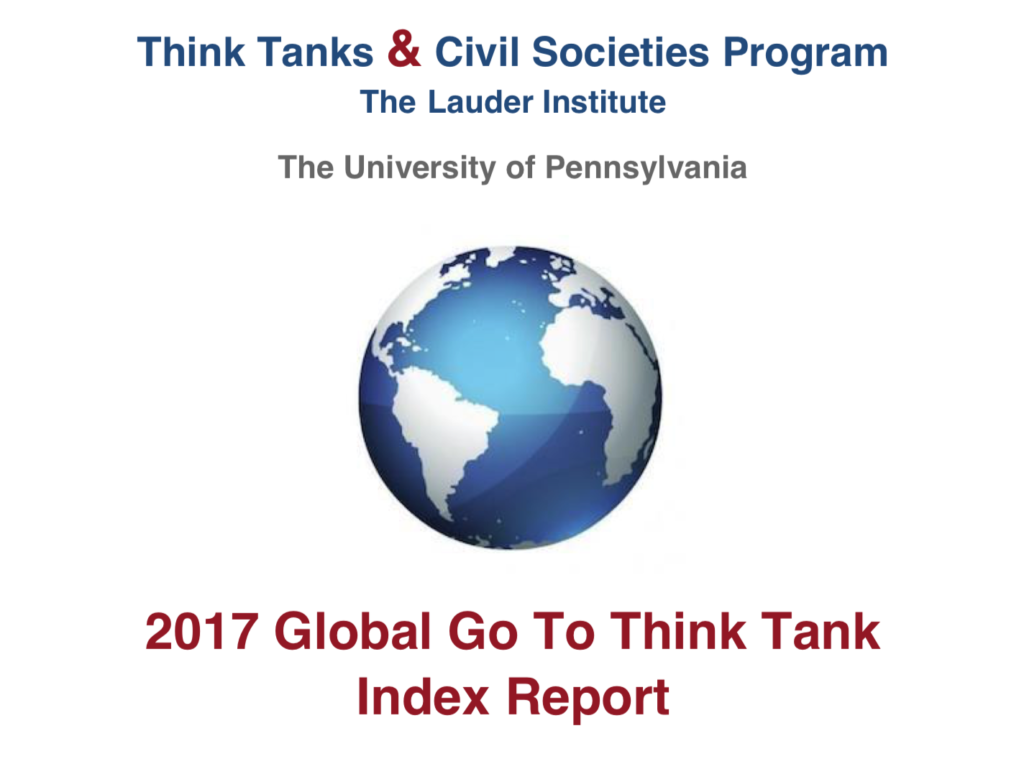 The 2017 edition of the University of Pennsylvania’s Global Go To Think-Tank Index has been issued. This annual index ranks think-tanks in the world in a variety of categories and areas of study, based on the survey of more than 2500 university faculty and administrators, journalists, policymakers, think tankers, think-tank executives and donors, who nominate and rank think-tanks within a pool of close to 7000 institutions.

TEPSA is happy to announce that it has increased its ranking, being recognised as 11th best think-tank network worldwide. Its members appear more than 70 times in the Index’s different rankings.