In this TEPSA Explainer, Salvador Llaudes (Analyst at the Elcano Royal Institute, Spain) discusses Spain’s views of the European Union and the reasons for Spain’s continuous support for European integration. He argues that Spanish citizens still value very much the way the EU has helped Spain consolidate as an advanced democracy and that they still consider that the European project has room to advance further. 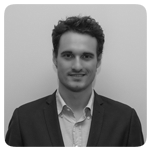 Salvador Llaudes is an Analyst at Elcano Royal Institute and a PhD Candidate at the Universidad Autónoma de Madrid. He holds a Bachelor’s Degree in History (Universidad Complutense, Madrid), a Bachelor’s Degree in Political Science and Public Administration, a Master’s Degree in Democracy and Government (Universidad Autónoma, Madrid) and a Master’s Degree in Diplomacy and International Relations (Diplomatic School of Spain). He specialized in the History of International Relations during his ERASMUS year at the Université Paris-IV Sorbonne. He has been a Visiting Scholar at the College of Europe in Bruges. He has served as an external expert to the European Economic and Social Committee and to the Institut für Europäische Politik. He has lectured in many institutions such as the Rey Juan Carlos University, the European University of Madrid, the Spanish Institute for Public Administration (INAP) or the Complutense University. He is a founding member of the CC/Europa association and a co-founder of the website WithTheVoices. He has previously worked at the Centre for European Policy Studies (CEPS) in Brussels, and in the Cabinet of the Secretary of State for the European Union (Spanish Ministry for Foreign Affairs and Cooperation). He is also a frequent contributor to the Spanish and international media.