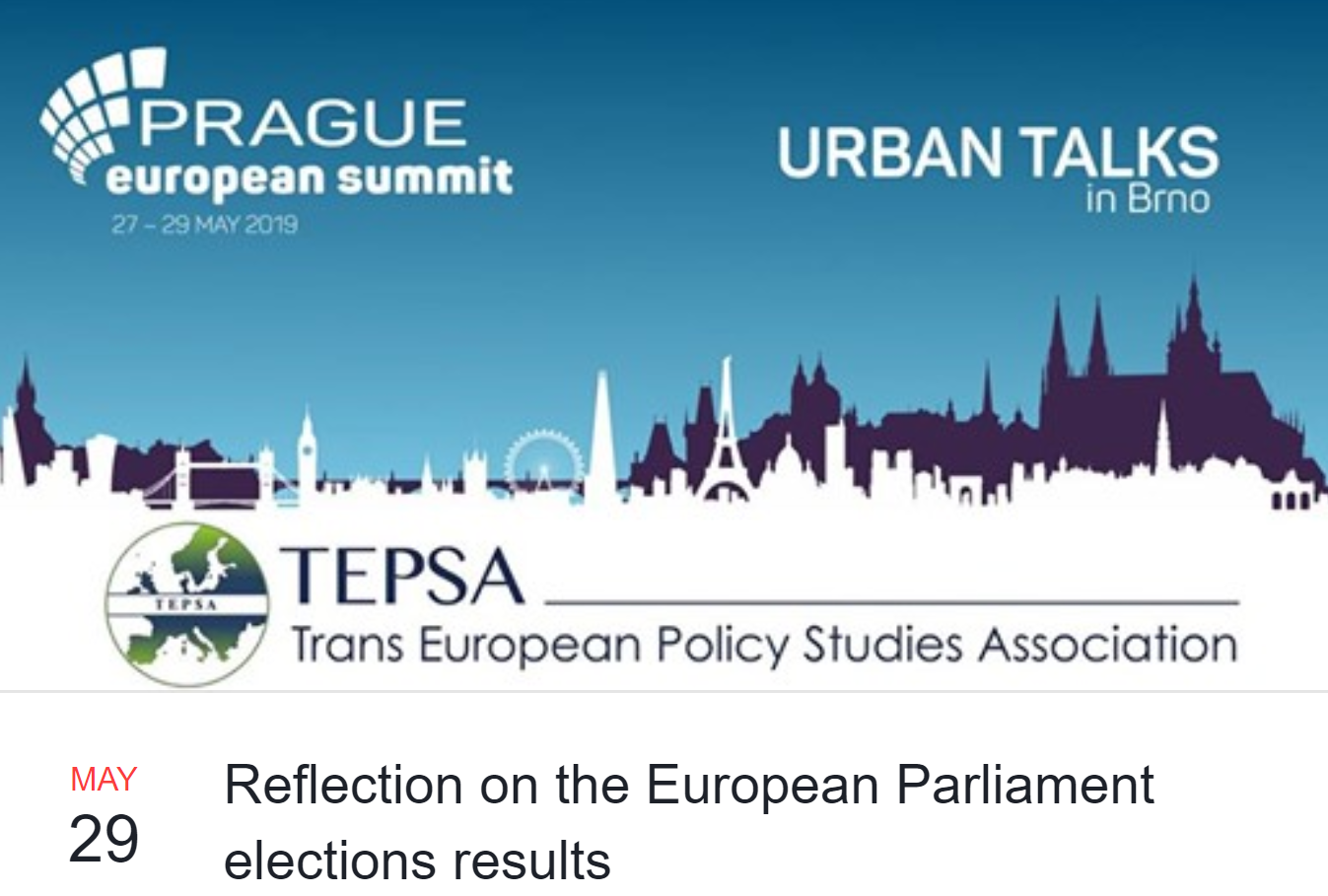 The Trans European Policy Studies Association (TEPSA) and its Czech member, the Institute of International Relations (IIR), organised an Urban Talk on the results of the European Parliament elections, held within the framework of the Prague European Summit 2019. The event took place on 29 May 2019 in Brno (Czech Republic), at Industra (Masná 9, 602 00 Brno-jih-Trnitá).

The participants included: Larissa Brunner, (Policy Analyst of the European Policy Centre in Brussels), Jan Kovář (Senior Researcher at the Institute of International Relations Prague) and Lucia Mokrá (Dean of the Faculty of Social and Economic Sciences at Comenius University, Bratislava). The debate was moderated by Helena Truchlá, editor of online portal Aktuálně.cz and of the daily journal Hospodářské noviny.

The goal of the Urban Talk was to bring discussions about the integration process and current EU issues closer to the citizens and in particular to the younger generations. At first the panellists tried to identify winners and losers of the election. As Brunner explained, it is not easy to specify that due to the diversity of the results across the EU. Speakers agreed that the increase of Green parties in the EP will bring fresh air and could lead to positive steps. Another question discussed was the fragmentation in the EP, which will probably raise a challenge. Speakers also spoke about the voter turnout in the elections. In the Czech Republic and Slovakia, the turnout was generally low, but higher than last elections. Mokrá argued that more people were aware of the importance of the elections this time. Regarding the Eurosceptic parties, Kovář argued that they will not have a big influence on the decision making, because these parties will not be in such positions where it would be possible for them to change some legislation or the direction of the EU’s thinking. After the introduction, a public debate started and questions such as the influence of the climate change on the success of the Green parties and reasons of the Eurosceptics’ rather poor result were raised.

The agenda of the event can be found here.