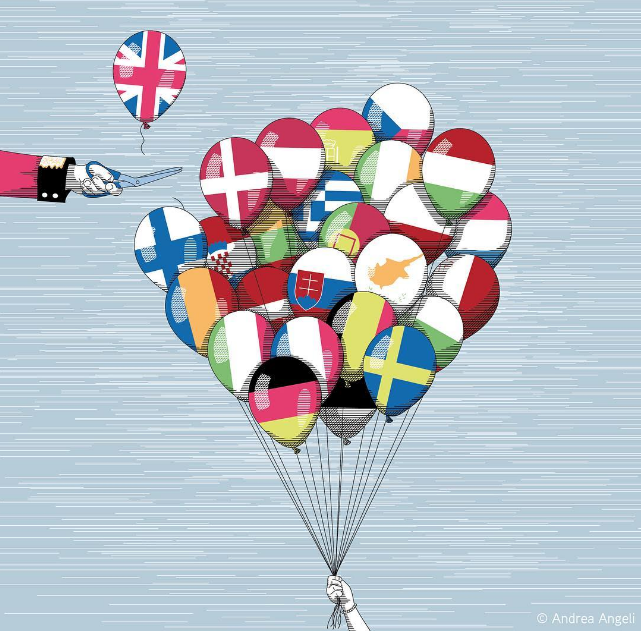 On 23 June, the British people decided in a referendum that the United Kingdom should leave the European Union.

A sad decision, for the European Union, the other Member States, but also – and perhaps even in the first place– for the United Kingdom itself. Did the British voter realise sufficiently what was at stake when deciding about such a vital and complicated matter? And why was it that the Prime Minister proposed to have such a referendum in the first place? Apparently, essentially internal party interests were involved.

Certainly also TEPSA, its members and associated members regret the decision. That said, but that is only a small comfort, once the UK has effectively left the EU, our British TEPSA member – the Federal Trust – can remain a full-fledged member of our Association. Because during the last TEPSA General Assembly meeting of 2 June 2016 in  Bratislava it was decided to broaden the scope of TEPSA’s membership: from institutes established in ‘Member States of the European Union’ to institutes established in ‘European states’ globally speaking. What a coincidence!

Reflecting about the follow-up of the British decision the question of course arises: what now? Different scenarios have already been presented.

I do not want to discuss the merits of those scenarios. However, I recall what I said earlier, in my Editorial for the April TEPSA Newsletter: differentiation is the model for the future of EU cooperation. Also the Ministers of Foreign Affairs of the six founding Member States, meeting on Saturday 25 June in Berlin, underlined that idea.

Now, indeed, the UK already does not participate in the Euro-cooperation (derogation) and is in principle also out of the whole Area of Freedom, Security and Justice cooperation (opt-out). Furthermore, the 18-19 February 2016 Decision of the European Council (by the way, hardly discussed during the campaign!) provided – under the heading ‘Sovereignty’ – reassurances for the UK that ‘…it is not committed to further political integration into the European Union’. Even a concession was made in order to overcome British complaints regarding social benefits and free movement: to provide for an alert and safeguard mechanism when essential aspects of its social security system are affected.

In light of its accession in 1973 Britain has always claimed that it was first of all interested in economic cooperation at the European level. In that respect the Internal Market is a fine model, also for the United Kingdom. Like the other Member States, the UK is best served with a model characterised by the principles of free movement, liberalisation and non-discrimination. Now, during the Article 50 negotiations, the United Kingdom may be offered the opportunity to join the European Economic Area (EEA). Certainly a model equally allowing them to participate in the Internal Market cooperation, however without having a say in the policy making concerned. Other models, for example a customs union or a free trade agreement, represent, also from a British perspective, far less attractive options.

The European Union has demonstrated in earlier occasions to be able to solve serious national problems regarding EU cooperation: think for example about the Danish referenda (plural!) after Maastricht and the Irish referenda (again, plural) after Nice and Lisbon.

Is it too late for a wake-up call in the United Kingdom, and for a re-consideration of the British decision to leave the European Union?

Time will tell. It is up to them, not to us to decide on this.