On the occasion of the Estonian EU Council Presidency starting on July 1st 2017, TEPSA held its traditional Pre-Presidency Conference in Tallinn, Estonia on Thursday 15 and Friday 16 June 2017.

The Conference was organised in cooperation with and hosted by the Estonian Foreign Policy Institute (EVI), and is part of the long-standing tradition of TEPSA’s Pre-Presidency Conferences (PPCs), which take place twice a year in the capital of the country holding the EU Council Presidency prior to the beginning of its mandate.

The conference was opened by Prof. Andres Kasekamp, Senior Fellow at the Estonian Foreign policy Institute. Estonian Minister of Foreign Affairs Sven Mikser delivered the keynote address on the key priorities of Estonia’s six month term as Presiding Member State of the Council of the European Union. Minister Mikser’s address came after hearing policy recommendations delivered by TEPSA Board member Dr. Sabina Lange (European Institute of Public Administration, Maastricht). Minister Mikser addressed TEPSA’s recommendations, and also responded questions from Conference participants on a variety of issues which are likely to feature prominently on the agenda of the Estonian EU Presidency.

Four panels were held through the remainder of the conference to further discuss some of the issues mentioned in the opening keynote address. The four panels were on the digital single market and competitiveness, the EU’s neighbourhood, security and defence cooperation, and Brexit. The panels were made up of researchers from TEPSA member institutes and Estonian officials. Two young guest researchers who had taken part in TEPSA PONT trainings were also invited to deliver their views on Brexit and the Eastern Neighborhood Policy. 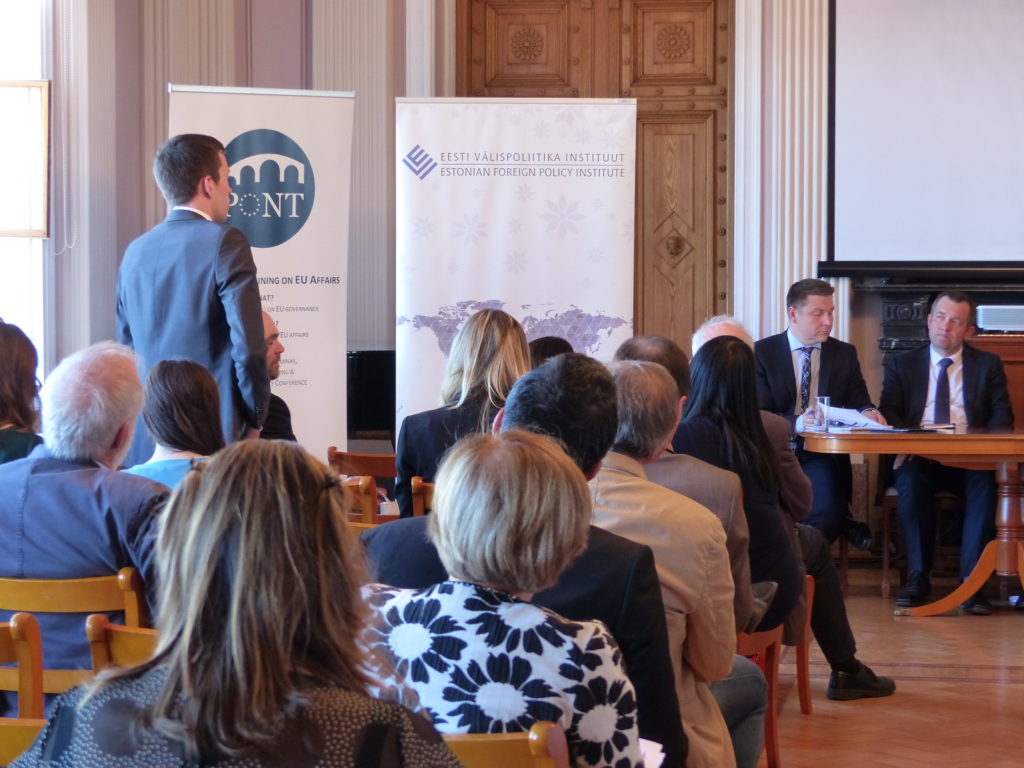 The full report on the Talinn PPC is available here.