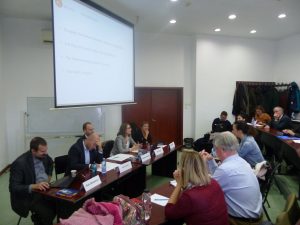 On the occasion of the Romanian EU Council Presidency starting on January 1st 2019, TEPSA held its traditional Pre-Presidency Conference in Bucharest, Romania, on Thursday 22 and Friday 23 November 2018.

The conference is organised by the Romanian Center for European Policies (CRPE) and TEPSA, with the support of: the Europe for Citizens Programme of the European Union, the National Bank of Romania, the European Institute of Romania, Enel, and Tarom. 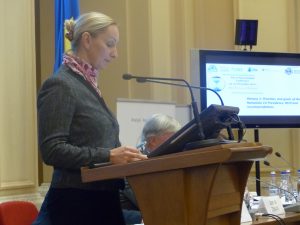 The conference discussed key challenges that the EU will face during the Romanian Presidency, such as: the future of European integration and multi-speed Europe; the future of the Multi-annual Financial Framework; Energy, Transport and Security; Brexit; the Eastern Neighbourhood; and the 2019 European elections. Participants also discussed the priorities and goals of the Romanian Presidency, and Lucia Mokra presented on behalf of the network TEPSA’s recommendations to the incoming Council Presidency.

The Conference is part of the long-standing tradition of TEPSA’s Pre-Presidency Conferences (PPCs), which take place twice a year in the capital of the country holding the EU Council Presidency prior to the beginning of its mandate.

Click here to read the TEPSA recommendations to the Romanian Presidency.