Bogdan is a Traine 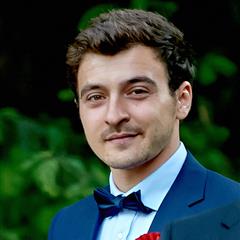 e at TEPSA since September 2016, where he contributes to the management of EU-funded projects related to the topics of parliamentary democracy in the EU, EU-Turkey relations and professional training on EU affairs. He is also providing assistance with the studies conducted for the European Parliament’s Policy Department in the field of EU external relations and development. In addition to this, he is the editor of TEPSA’s newsletter and helps with the management of  TEPSA’s website and social media profiles.

Bogdan has specialised in European Neighbourhood Policy through a Master at the College of Europe (Natolin), where he researched on democratic transitions in the Eastern Partnership, with a special focus on Moldova. He also holds a Master in “European Studies: Transnational and Global Perspectives” from KU Leuven and had previously studied in Milan and Paris. Before joining TEPSA, Bogdan worked at the European Commission’s Agency for Education and Prospex bvba, a Brussels-based consultancy specialised in political foresight. Throughout the past years, he has also extensively volunteered for, among others, Transparency International, Project 668 and European Alternatives and is currently part of the managing team of the “More than Education” European Citizens’ Initiative.

Victor is one of 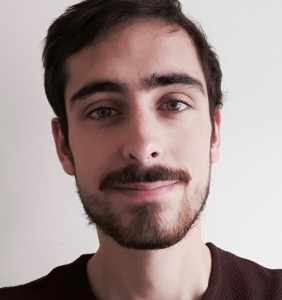 TEPSA’s trainees. He helps in the preparation and implementation of EU-funded research projects and professional trainings, and he liaises with researchers in the coordination of studies conducted for the European Parliament’s policy department, particularly in the fields of trade and development. He also takes part in the organisation of TEPSA’s forthcoming pre-presidency conference in Valletta.

With a background in humanities, Victor has specialized in European political economy through a master’s at the London School of Economics, where he researched the economic determinants and ideologies of Eurosceptic movements. Before joining TEPSA, Victor worked at the French Ministry of Foreign Affairs, in the directorate for economic diplomacy.