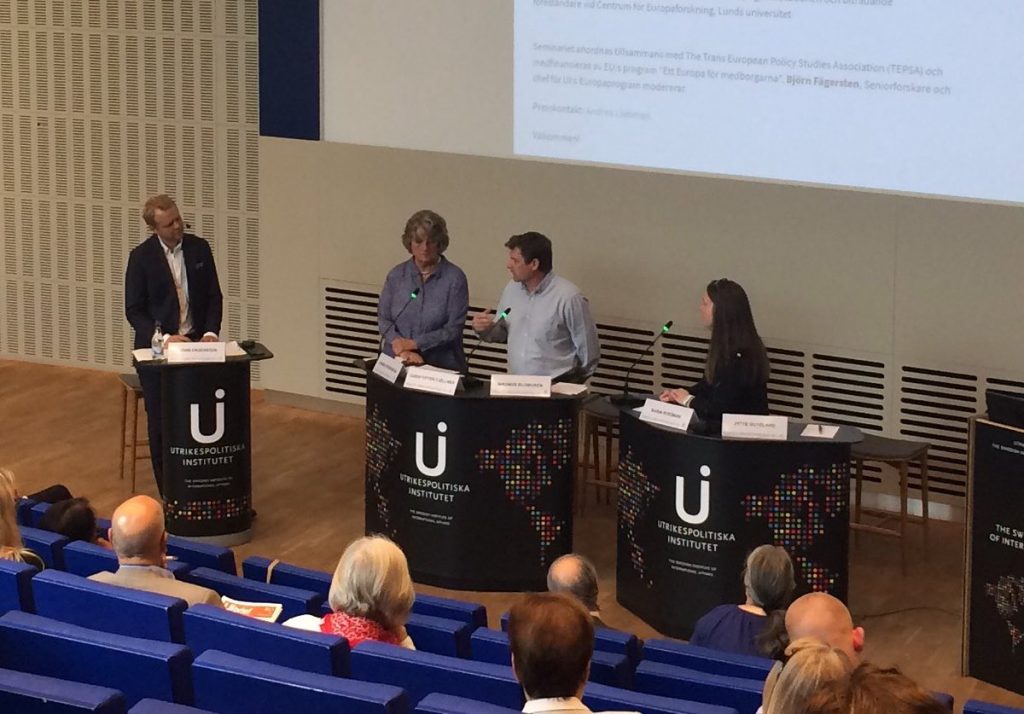 On June 15, the Swedish institute of International Affairs arranged a seminar to shine a spotlight on the importance of European issues in Swedish national politics. As Sweden heads to the voting booth on September 9, the Europe programme wanted to ask academics and politicians what issues the newly elected parliamentarians in Sweden will have to deal with as they take up office in the autumn. It also sought to discuss which European issues should be given attention ahead of our national election.

First to comment on these issues was Annika Ström Melin, a correspondent for the largest Swedish daily newspaper Dagens Nyheter and longtime correspondent based in Brussels, and her opening remarks were that politicians refrain from talking about EU-related issues as they “do not win elections”. Magnus Blomgren, associate professor at Umeå University, also started by saying that it is hard to analyse nothing, as he had been tasked to comment on the role that EU-related issues usually play in Swedish politics. Maria Strömvik, senior lecturer and deputy director of the Centre for European Studies at Lund University then showed us the newly set up website mapping the views of the political parties on their respective websites on current political issues that are dealt with by the European Union’s institutions, and the lack of information was discouraging.

Then the two political representatives took to the stage, and explained their views on these issues; Jytte Guteland, social democratic member of the European parliament, and Christoffer Fjellner, moderate member of the European parliament. They expressed a need to discuss substantial political questions rather than institutional issues when it comes to the EU. They also reflected over the role of the Swedish parliament on EU-issues. In the panel discussion, the role of the Riksdag was discussed further, as was the role of media and academia.

All in all a rather gloomy picture, but as the seminar was coming to an end, one audience member commented that she had never seen such much attention given to European issues ahead of any national election as ahead of this ones’, thanks partly to this seminar.

A great note of gratefulness is sent to our organizing partners for this event: The Trans European Policy Studies Association (TEPSA) and to the EU’s “Europe for Citizens” program for financially contributing to it.