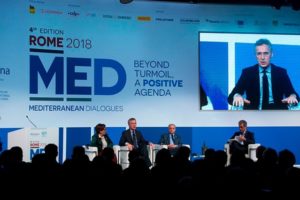 In this paper, Dr Ian Lesser of the German Marshall Fund of the United States considers the evolution of NATO’s southern neighbourhood as a point of growing concern. He highlights the now diverse nature of threats encountered from a number of regions, particularly in North Africa and the Middle East, from war to arms proliferation and migratory flows. He also considers the impact of Russia as a power with growing geo-political importance, and the possibility of America drawing down its presence in southern Europe and the Mediterranean in response to challenges from further afield and growing European strategic autonomy.