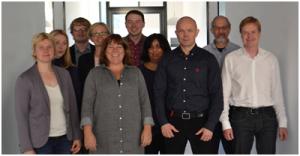 Pia Hansson, Director of the Centre for Small State Studies, Jón Gunnar Ólafsson, Project Manager at the Centre for Small State Studies and Baldur Þórhallsson, Professor of Political Science at the University of Iceland developed the project and are in charge of its implementation on behalf of the University of Iceland in cooperation with academics from the other five universities. The first transnational work meeting of the project took place at the University of Copenhagen on September 19. During the next two years the six higher education institutions will develop close cooperation in the field of small state studies. The grant will be used to organise summer schools, seminars, student mobility and to develop cooperation with regard to teaching.