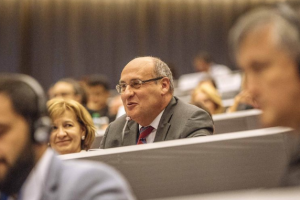 The Portuguese António Vitorino will head the International Organization for Migration (IOM) for the next five years from 1 October. He will be the second non-US heading the agency since its foundation in 1951 (the other exception was in 1961-1969).

The new Director General was appointed by acclamation, after a fourth round of voting, as he did not reach the required two-thirds majority by the IOM rules to claim victory. Concerns on potential fund cutting from the US could have been among the reasons, explaining such tight results. The US is still the IOM’s biggest contributor, counting about one third of its administrative budget on a total amount of US$1.8 billion for 2018.