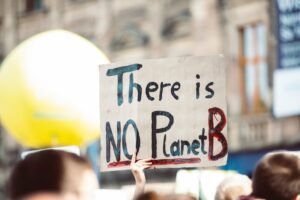 A few days ago the Commission issued its FIT for 55 package setting out a possible path towards a climate revolution. This ambitious package purports to translate into operational measures the political breakthrough reached after long and complicated negotiations at the December European Council on a new target for 2030 of minus 55% percent of reduction of Greenhouse gas emissions, which is necessary if the EU wants to be carbon-neutral by 2050.

This follows the normal pattern we have seen over the years in the fight against climate change. Climate change is such an all-encompassing challenge that the only institution capable of setting the direction and arbitrating between the many conflicting interests is the EUCO. It sets the overall framework and the key parameters that will then have to be detailed and set into law by the Council and the EP, on the basis of Commission proposals.

This has been the case since the very beginning. It was under the guidance of the European Council that the EU became in the 1990s the key mover behind Kyoto and its main contributor. In March 2007,  the EUCO underlined its wish for the EU to reassert its leading role in the fight against climate change. In December 2008, it reached agreement on the so-called 20/20/20 strategy: reduction of the emissions by 20%; a share of 20% of the renewable energy sources in the energy mix; and an increase in energy efficiency by 20%. In 2014 the European Council discussed twice the preparations of the Paris conference. It bears repeating that the EU kept the flame alive when the U.S. walked out of the Paris Agreement under Trump.

The Fit for 55 package contains 12 legislative texts and sets the bar high: an end of combustion engines by 2035, an extension of the European Trading System (ETS), which was first established in 2005, to aviation and shipping, the creation of a second ETS for road transport and building heating, a carbon border tariff to prevent carbon leakage, new targets for renewables (40% by 2030), new taxes on polluting energies, replanting of forests and a new social fund to accompany the measures.

In doing so the Commission is fulfilling its traditional role: show the way, make proposals, think long term and show ambition. It must be a few steps ahead of the Council and the European Parliament so as to drag the convoy in the right direction but not too far ahead so as to avoid losing contact.

“Brussels” has not decided anything for the time being; this package is the basis for protracted negotiations and the final outcome will not contain all its elements. Over the coming weeks and months, we will see Member States jostling for positions, the European Parliament fighting its corner, lobby groups trying to influence the debate, NGOs complaining about the lack of ambition. That is all part of the game and we should refrain from talking of a crisis each time there is a disagreement.

There are many stumbling blocks, ranging from the finances to the exact shape of the ETS and fair burden-sharing and the feasibility of the carbon border adjustment mechanism. Maybe in the course of the negotiations new ideas will come up. The recent citizens’ initiative Assises du climat held in France in early 2021 (www.assisesduclimat.fr) posed the problem in very different terms, concluding that the easiest way to avoid the various interest groups holding the package hostage would be the allocation to each citizen of an individual freely tradable emission quota, a so-called carbon account.

The overall effect of the new approach will amount to a revolution in the way we live our lives. The stakes are extremely high. There is hence no better theme for the citizens’ consultation in the framework of the Conference on the Future of Europe than the fight against climate change. It would be great if it could be used to rally people behind the new societal challenges.

Some of the newspaper headlines over the past days should alert us to the risks we should try to avoid; there is a lot of talk about ‘ severe measures, taxes and norms, Brussels punishing and imposing’. Nothing of that is wrong but we should be wary of just highlighting the coercive aspects.  We will only succeed if we transform this into a vision and a project for the future that is seen by the majority of our societies as making our lives better and healthier.  The history of the fight against climate change is a living testimony to the capacity of the EU to solve the most intractable problems by patient negotiation, hard work and mutual respect. We should be proud of that.

I would warn against shallow moralizing. We should not hide the difficulty, including for some sectors or categories of people. But there is no point in stigmatizing people and telling them that they are bad because they need their cars to go to work in rural areas. It is better to promise honest evaluation and to find ways to alleviate the negative effects; this is the sense of the new Fund the Commission proposes amounting to more than 72 billion between 2025 and 2032. We should also point to the massive amount of funds that will come from the MFF and the Recovery Fund agreed in December.

There is no point either in pointing the finger to individual countries like Poland for being difficult in this area; its reliance on coal is a fact and rather than blaming the country we should help it in every conceivable way to revolutionize its energy mix. This is in line with our time-honored tradition to show understanding for vital concerns of the Member States and to not simply steamroll them by outvoting them on such a sensitive issue. I remember then PM Tusk saying in 2014 that “For my country, it is a question about whether to be or not to be.” The Poles were not the only to ask questions. Even as late as March 2019, Chancellor Merkel stated that she simply could not accept a target without knowing what it meant for her country (“Keine Katze im Sack kaufen”).

It is good that the EU continues to show leadership. Climate change is definitely an area where we are a global player. Which means that we have the capacity to shape the global response and to involve all the key players. This is absolutely vital because if the USA or China do not participate in the effort, everything we do in the EU will not suffice by far. That is why using the G7 and G20 for a is so vital. After all, the EU only accounts for 9% of Greenhouse gas emissions. In terms of per capita emissions, the Americans pollute twice as much as we do, and the Chinese already now emit more per capita than do the Europeans. This is partly the result of the EU’s success in lowering its energy intensity over the years, while remaining an economic power. In fact, and this is another message to our public, the efforts made to improve our energy system can be a very powerful instrument both of strengthening our economies and making life better for our citizens.

The fight against climate change is an imperative for saving humanity and our planet, but it is also a way to revolutionize our way of producing, consuming and living.