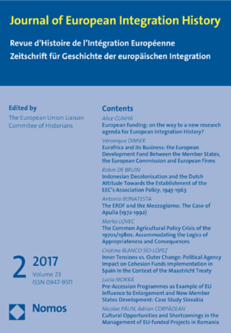 The paper revisits the Common Agricultural Policy crisis of the 1970s/1980s, when growing policy expenditures became a stumbling block for European integrations. It explores the role of two conceptually different approaches: one based on the logic of appropriateness derived from the idea of institutionalised behaviour and the other based on the logic of consequences derived from the assumption of a preference-maximising agency. Comparative analysis demonstrates that the institutional setting did result in a policy trap, as provisioned by the logic of appropriateness. However, at the same time, the unintended consequences were narrower than typically assumed, especially with the key governmental interests taken into account, thus supporting the rational choice view of institutions. Moreover, the results support a possible synthesis in terms of relaxing of theoretical assumptions through a more accurate historical reading.