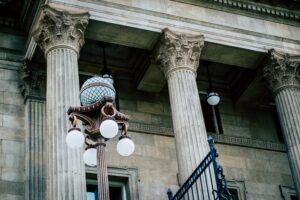 On October 7, the Polish Constitutional Tribunal issued a judgement calling into question the primacy of EU law. This has created a shockwave across Europe. The EU prides itself on being rules-based, and the existence of an independent Court of Justice having the last word on the interpretation of EU law has been one of its key characteristics since its inception.

The Court established the primacy of the EU law principle in an important judgment in 1964 (Costa vs Enel case) and extended it in the Internationale Handelsgesellschaft judgement in 1970. Member States have tacitly recognized this ever since, even though the primacy does not figure in the Treaties. However, Declaration 17 annexed to the Lisbon Treaty recalls that “in accordance with well settled case law of the Court of Justice of the European Union, the Treaties and the law adopted by the Union on the basis of the Treaties have primacy over the law of Member States, under the conditions laid down by the said case law.” This primacy applies in cases where there is an EU competence, according to the principle of conferral.

There have been cases where national supreme courts have contested rulings of the ECJ, accusing it of acting ultra vires, i.e., acting beyond the legal framework. The recent ruling by the German Constitutional Court criticizing the approval by the ECJ of the ECB’s bond-buying activities is a good example. In each of these cases, extensive dialogue between the jurisdictions, with the help of the governments involved, has helped find solutions.

The Polish case is similar in that it also uses an ultra vires argument and calls into question the interpretation by the ECJ of EU law. But there are two significant differences. It was the Polish Prime Minister who seized the Constitutional Tribunal and influenced the ruling. There are serious doubts about the independence of the latter, in view of the latest nominations of judges. And secondly, the Polish court directly calls into question several articles of the Treaties themselves (notably Articles 1, 2 and 19 (1) TEU). It criticizes what it considers an extensive interpretation of loosely worded phrases like “ever closer union of the peoples” or the “rule of law”, which figure in Articles 1 and 2 of the TEU but are not defined in the Treaties. It also takes issue with the injunction in Article 19 (1) TEU that “the Member States shall provide remedies sufficient to ensure effective legal protection in the fields covered by union law”; EU institutions are accused of using it to interfere in the organization of the national justice systems. This is an attack on the foundations of the EU system itself. It bears repeating that all the Member States have ratified the Treaties.

It is not surprising that the Polish action has triggered strong reactions. Some observers go as far as seeing it as a major step towards a “POLEXIT” and request a strong reaction by the EU. The recent European Council discussed the matter but refrained from drawing rash conclusions. Rightly so, in my view. It is easy to climb up the tree, but far more difficult to climb down again. It is better to carefully weigh all the options and to think ahead.

There are least three factors to be considered. The first is that the Polish government has in no way indicated an intention to exit from the EU. They know perfectly well that 80 percent of the Polish citizens are in favor of EU membership.

Secondly, the detailed judgement is not yet available. It is therefore not yet entirely clear what the precise effect of the judgement will be.

Lastly, there is a lot of pushback in Poland itself against the decision. And eventually there will be elections. We should not escalate things, with the risk of strengthening those who will claim to “defend the nation.”

Rushing to adopt massive financial sanctions, by withholding the Polish part of the Recovery and Resilience Fund (around EUR 23 billion in grants alone) would be a mistake. The tool that would be used for such an action is the recently adopted conditionality mechanism for the protection of the Union budget. To use it, one must demonstrate that the judgement of the Polish Constitutional Tribunal endangers EU’s financial interests. This will be by no means an easy thing to prove, especially since Poland has a particularly good record in spending EU money. The worst thing that could happen is that the ECJ itself would have to strike down such a precipitated move. There is also a political angle: punishing the Polish people by withholding much needed funds is not such a clever idea, at least not at this early stage.

The EU should pursue a dialogue with the Polish government but also with the Polish Constitutional Tribunal and explore any margins there are for the Polish side to clarify that they will remain within the bounds of EU law*. It cannot be in the interest of the Polish government either to create havoc in the Polish judicial system, with some judges following the ECJ and others the tribunal. There is a risk of fragmentation of the justice, with extremely negative consequences for the credibility of the country.

The EU has a proven record of tackling complicated issues and finding imaginative ways out. Dialogue often helps the Union prevent lasting damage. This does not exclude seizing the ECJ if there is a need to do so, as the Commission has been doing over the past years; nor does it contradict the pursuit of the Article 7 procedure against Poland and Hungary concerning a clear risk of a serious breach of the Union values. Concerning the latter, proceedings have been going on since 2017 and 2018, respectively. It is not a very satisfactory mechanism, but it is the one the Treaties foresee. The time has maybe come to conclude this procedure by a formal vote in the Council as foreseen under Article 7 (1). If there is the required special qualified majority, the European Council will be seized in accordance with Article 7 (2). If not, it would be wise to close the procedure. Respecting the Treaty rules is part of the rule of law.

The stakes in the dispute triggered by the decision of the Polish Constitutional Tribunal are exceedingly high. An ideological trench warfare could do lasting damage to the EU at a time when the challenges inside and even more so outside are daunting. The only winners would be the people who are waiting for an opportunity to call into question the very existence of the EU. That is not a development we should encourage. The responsibility of the Polish government is particularly high in this respect.

* It may be useful to also liaise with the Council of Europe that is ideally suited to examine issues related to democracy, justice and rule of law.