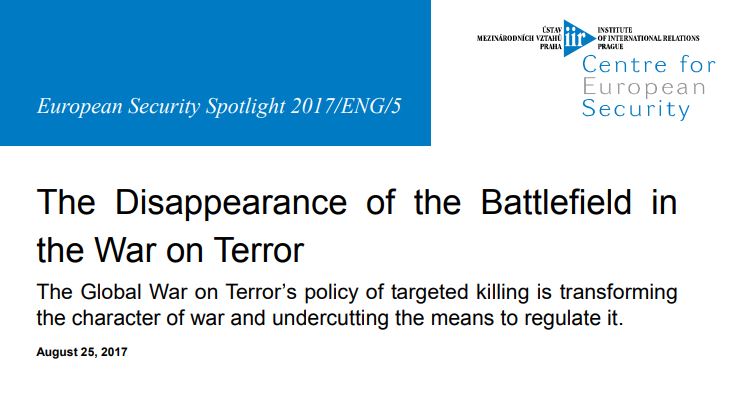 The classic image of the battlefield evokes a bounded physical space in which massed armies clash for a day in search of a decisive resolution to their conflict. Such battles feature prominently throughout recorded history and continue to inform contemporary conceptions of the battlefield. Yet this traditional image of the battlefield was already a fading reality in the twentieth century. Over the course of two world wars, the zones of offensive operations expanded across continents and civilian populations became targets of intense aerial bombardment under the doctrine of total war. The Cold War took place against the ever-present backdrop of a possible nuclear conflagration of apocalyptic proportions, with the antagonism between the superpowers consequently displaced into a persistent state of worldwide struggle, ranging from the proxy wars in Vietnam and Afghanistan to the superpowers’ competition in the space race and the arts.