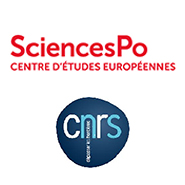 Under what conditions do critical events trigger large-scale public discussion and mobilisation, and can these lead to policy change? In a comparative study of nuclear energy policy after the Japanese Fukushima disaster in March 2011, a theory-development approach is adopted, mobilising data collected from national news agencies’ newswires, public surveys, legislation and parliamentary databases, and newspaper editorials in 12 established democracies between March 2011 and March 2013. The analysis suggests two main hypotheses that can guide future research: critical events are more likely to trigger policy change when intense (contentious) mobilisation from policy challengers aligns with the views of the general public, and is backed by major political allies; and critical events are more likely to trigger intense (contentious) mobilisation when policy challengers articulate their opposition around pre-existing policy debates on the issue and resort to pre-existing organisational and mobilisation resources.