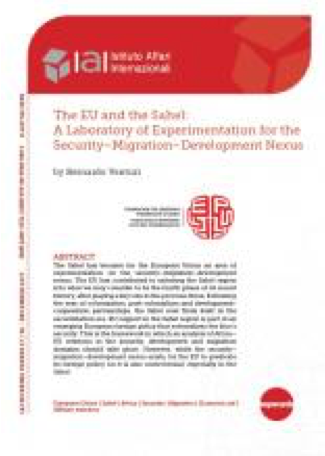 The Sahel has become for the European Union an area of experimentation on the security–migration–development nexus. The EU has contributed to ushering the Sahel region into what we may consider to be the fourth phase of its recent history, after playing a key role in the previous three. Following the eras of colonization, post-colonialism and development-cooperation partnerships, the Sahel now finds itself in the securitization era. EU support in the Sahel region is part of an emerging European foreign policy that externalizes the bloc’s security. This is the framework in which an analysis of Africa–EU relations in the security, development and migration domains should take place. However, while the security–migration–development nexus exists, for the EU to predicate its foreign policy on it is also controversial, especially in the Sahel.