More concrete ideas, however, no solutions (as yet) 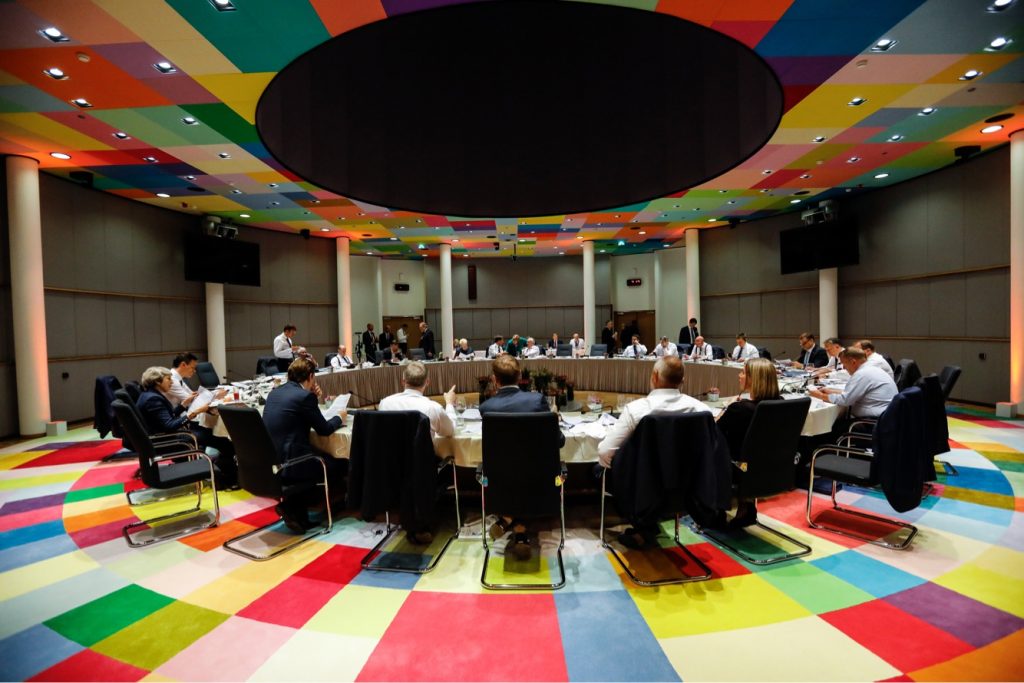 Since the migration crisis of 2015/2016 the EU is looking for solutions to handle the influx of migrants coming from the Middle East (in 2015 notably Syria), Africa and Asia.

EU legislative measures regarding migration are of application already for years. The reference is notably to the Schengen cooperation and the so-called Dublin system (designating the member state responsible to examine applications for asylum). However, we were not able to apply these measures correctly in view of the high number of migrants -more than 1 million- coming to Europe for example in 2015.

So much is clear. The EU is aware that it has to respect international rules and principles with regard to migrants looking for international protection (notably the principle of non-refoulement). On the other hand, the EU prefers to receive migrants -in a first instance- in the neighbourhood of their countries of origin. Because of the dangers connected to crossing the Mediterranean (drowning, smuggling etc.) the EU can even justify such an attitude, which nonetheless has been interpreted by some as ‘pushing’ migrants ‘back’.

During the meeting of 28 June 2018 the European Council discussed –not for the first time- a ‘comprehensive’ approach to this problematic.

Whereas the discussion earlier on was about the selection of ‘safe havens’ in certain third countries, the new terminology refers to the concept of ‘regional disembarkation platforms’. Once such places are found, the EU hopes that a first assessment can be carried out on the spot, in order to separate notorious illegal or economic migrants from those claiming protection. However, this first examination has to be exercised in close cooperation with the UNHCR and the IOM since –without having concluded specific arrangements with the third countries in question- EU law is not of application in these countries.

With regard to assessments taking place on EU territory, the new terminology refers to ‘controlled centres’ instead of ‘hotspots’. The qualification ‘controlled’ aims to avoid so-called secondary movements: the situation wherein migrants, being registered in one member state to have their application for protection examined, travel to another member state for a second effort. As is well-known, the concern for such developments was the main reason for the controversy in Berlin between Chancellor Merkel and Minister Seehofer.

There remain the problems related to ‘resettlement’ (transfer of migrants in need of protection from a non-EU country to an EU member state) and ‘relocation’ (distribution of migrants over the member states in order to have their application for asylum examined). Permanent -and fair- solutions for these issues still have to be agreed upon. Having said that, member states refusing so far to participate in whatever relocation mechanism can now invoke the statement in the Conclusions of 28 June, according to which all measures in the context of the controlled centres, including relocation and resettlement, ‘will be on a voluntary basis’. The idea behind that conclusion certainly being that, once a proper comprehensive system will function adequately, anyhow fewer migrants will come to Europe.

In order to make the overall system a success, the European Council has underlined the necessity to develop a partnership with Africa aiming at a ‘substantial socio-economy transformation’ of that continent. So, the call here is for a sort of Marshall Plan for Africa, to be financed by the EU and its member states and/or through private investments.

Although the number of migrants has gone down substantially since the end of 2015 (by 95 %, as stated in the conclusions of the European Council), the need to develop an adequate, comprehensive but also fair approach to migration still is highly necessary. Because migration is a phenomenon of all times and will stay with us for many years.

In conclusion, certainly the European Council has made some progress on 28 June. However, all essential elements of the selected strategy have to be further elaborated and discussed, in particular with a number of third countries. For example, the discussion where to establish the regional disembarkation platforms has yet to start. The same goes for the question where to locate the controlled centres in the EU. There are also other loose ends, not less important by the way. For example further work has to be done to make the external border control really effective. And, it is high time to come to proper conclusions with regard to a common list of safe third countries. Etc. etc.

A progress report will be presented to the European Council meeting of October 2018.

So, discussion to be continued.