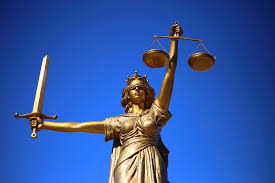 On 12 September the European Parliament initiated an Article 7 TEU procedure against Hungary (the ‘Sargentini’ report). Article 7, in the public debate also referred to as the ‘nuclear option’, aims to sanction Member States because of violations of the fundamental EU values embedded in Article 2 TEU.

‘The Union is founded on the values of respect for human dignity, freedom, democracy, equality, the rule of law and respect for human rights, including the rights of persons belonging to minorities. These values are common to the Member States in a society in which pluralism, non-discrimination, tolerance, justice, solidarity and equality between women and men prevail.’

Although certainly useful because of the ‘political momentum’ it creates, the problem with the Article 7 procedure is that it is of a purely political nature. If at all in a certain case a ‘clear risk of a serious breach’ can be established by the Council, it will be practically impossible to have –in the next stage- the Member State concerned condemned by the European Council. Because that follow-up decision -establishing the ‘existence’ of a serious and persistent breach- requires unanimity in the European Council (obviously the Member State in question is excluded from that vote). Now, in political reality there will always be a Member State (or several Member States) to block such a decision.

At the time –Article 7 TEU was introduced by the Amsterdam Treaty- the idea was that the Court of Justice in Luxembourg, in view of its responsibility to survey the proper application and interpretation of EU-law, should not be involved in procedures against Member States regarding a presumed violation of the EU‘s fundamental principles.

Since then, however, the Charter of Fundamental Rights of the EU has been established whereas a treaty provision regarding the accession of the EU to the European Convention for the Protection of Human Rights (ECHR) of the Council of Europe has been introduced by the Lisbon Treaty (Article 6 TEU).

One of the defects of the Article 7 procedure therefore is that there is not an independent and objective judicial authority intervening in the procedure. Moreover, in practice it is essentially the Commission keeping an eye on the respect by Member States of the values of Article 2, whereas for sure the Member States themselves do equally have a responsibility here.

In order to improve the situation, in theory the European Court of Human Rights of the Council of Europe in Strasbourg could serve as an adequate forum. All the more so, since the EU, as recalled, at a given moment will accede to the ECHR. Moreover, all Member States are member of the Council of Europe and party to the ECHR. With regard to the means available to be invoked against states violating human rights and fundamental freedoms, for example the instrument of the ‘state complaint’ can be referred to. In the context of the Council of Europe furthermore the so-called Venice Commission -the European Commission for Democracy through Law, an advisory body on constitutional matters- may render good services.

In the meantime, however, also the Court in Luxembourg has demonstrated a willingness to take responsibility in the rule of law discussions within the EU. Indeed, already on 25 July of this year, the Court concluded that a judicial authority in a Member State called upon to execute a European arrest warrant ‘must refrain from giving effect to it’ if it considers that there is a real risk that the individual concerned –the suspect- would suffer ‘a breach of his fundamental right to an independent tribunal’ in the issuing Member State.

Additionally, on 19 October the Vice-President of the Court, in the context of interim proceedings launched by the European Commission, has ordered the Polish government ‘to immediately suspend’ the application of the provisions of its legislation relating to the lowering of the retirement age for Supreme Court judges. Also in this judgment the Court considered that the independence of the (in this case highest) court in a Member State was in danger.

These examples show that legal proceedings are best suited to deal with claims regarding the disrespect of the rule of law respectively the protection of human rights and fundamental freedoms. The legal approach is therefore to be preferred over the application of purely political procedures. The Court’s decisions furthermore demonstrate that legal proceedings can produce fast results, in fact faster results compared to political procedures and, to that extent, are more effective.

Having said that, that is how it should work in a ‘community of law’ what the European Union indeed is. In such a community the law has to prevail!