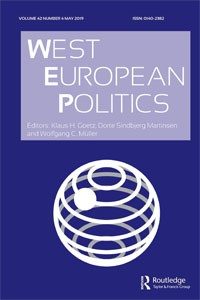 The results of the 2017 presidential and legislative elections represent an important shift in French politics. For the first time in the history of the 5th French Republic, the candidates of the two traditional governing parties were disqualified during the first round of the presidential elections. The duel between a centrist and a radical-right candidate in the second round of the elections constitutes an unprecedented configuration. Moreover, there was a record parliamentary renewal after the 2017 legislative elections, as well as a feminisation of the National Assembly with 38.8 per cent of women among the deputies. At the same time, abstention for the legislative elections reached a new record high. Overall, the results of the French elections in 2017 could point to major shifts in the party system, as well as to a renewal of the French political elite, and to an enduring malaise between French citizens and their political representatives.