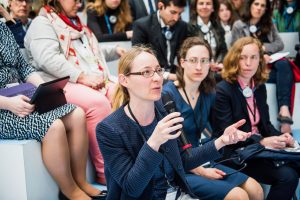 Brexit, the outcome of the Italian elections, the ‘Yellow Vests’ in France and elsewhere, the impact migration has on national societies, and the rise of populist/nationalist/Eurosceptic parties: all these developments demonstrate the existence of a serious disconnection between citizens and their political leaders. The same goes, unfortunately, for the disconnection between citizens and the European Union.

The Union is also confronted with external problems. The reference is for example to the threats and challenges at all our borders (Russia/Ukraine, the Middle-East, Turkey, the Mediterranean and Northern Africa) and, more generally, to the geopolitical tensions with the USA, China and Russia. All these problems clearly illustrate a need for the Union to reform itself. It is high time that the EU presents itself on the world scene as a global player, having an impact on international discussions and negotiations, and able to exercise (at least a bit of) ‘hard’ power.

So, there is something to be discussed in the European Union!

The momentum to do that is now. On 9 May our Heads of State and Government will discuss in Sibiu, Romania, the EU priorities, in connection with the upcoming institutional changes later this year. Furthermore, in May (23-26) the elections for the European Parliament will take place.

Let’s hope, as to the Sibiu meeting, that our political leaders will be able to forget for a while their national short-term interest, and to reflect ‘out of the box’ when answering the question: how can we commonly solve our -many- common problems?

A crucial element in this context concerns the communication with citizens. Because, without the support of the people the legitimacy of the Union is at stake. Also in this context national politicians bear a heavy responsibility.

Still a lot has to be done here. So far we have witnessed initiatives undertaken, for example, by Commission President Juncker (Citizens’ Dialogues) and President Macron (Citizens’ Consultations). However, initiatives should be taken not only from a ‘top down’ perspective but also ‘bottom-up’. Therefore, public debates must be initiated also at the level of the civil society. Academics, think tanks and network organisations like TEPSA can play an important role in this respect. And, for sure, if explained in an appropriate way, it may well be that ordinary citizens are in favour of more EU cooperation compared to the politicians who represent them in national politics and EU fora.

Hopefully the outcome of the Sibiu-summit will show a willingness of our political leaders to give new incentives to the EU cooperation. Let’s hope for a high turnout during the upcoming European Parliament elections as well, to illustrate the involvement of citizens in that process.

Again, this is the moment to act. Citizens expect something from their politicians. They, our politicians, have to come forward with concrete ideas to reinforce the EU structures and capabilities, and to secure EU cooperation in future.