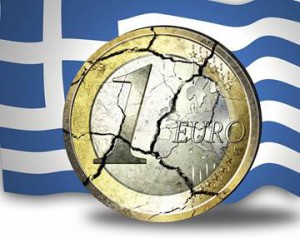 The Greek referendum which was held on 5 July has been severely criticised. The question put to the people was not well drafted, the reference to an agreement reached with creditors in Brussels was not correct, etc. etc.

In the meantime the outcome of the referendum is known, it is a clear ‘no’. At the time of writing of this Editorial nobody exactly knows what the follow-up will be.

Now, whatever the consequences will be for the continuation of the negotiations in Brussels respectively for Greece’s position as a Euro zone country, so much is clear that a lot has to be achieved in order to make the Greek economy healthy again.

Certainly, the Greek government bears the main responsibility here. It has to introduce reforms and budgetary restrictions, to carry through privatisations, to amend several social policies and to combat corruption as well as tax and capital evasion.

However, the European Union as well as its Member States also bear a responsibility for what has happened. Indeed, we have accepted Greece as a Euro zone member. We have allowed each Member State to develop its own policy in all vital domains of the economy, such as employment, social security, income, taxation and pensions. All this, without a degree of surveillance being exercised. It was only when the crisis broke out, that efforts to coordinate national policies have been undertaken. In short, the European Union – in practice its Member States – have failed to implement the ‘E’ of the EMU, so the Economic Union.

The European Union and its Members States must therefore help to overcome this crisis. In the past Member States have always adopted rigorous measures when national sectors – agriculture, coal mines, textiles, shipyards etc. – were put at risk. We also have actively contributed to overcome the situation of backwardness of the economies of most new Members States of Central and Eastern Europe. Indeed, our public authorities as well as our business people have made massive investments in these countries, the outcome of which has resulted in a ‘win-win’ situation. So, why not help Greece?

Again, the Greek government bears a crucial responsibility here. The government also has to provide for political stability in the country and confidence on the market so that foreign investors will be tempted to effectively spend their money in Greece. That said, other Member States can – and should- -do more. We should not accept that the Greek economy – and in the end the Greek society as a whole – will be disrupted.

A serious factor here certainly is related to the geographic and strategic position of Greece in the Mediterranean. Think at the security tensions between Russia and Ukraine, and the consequences of this conflict for NATO. Think also at the dramatic influx of refugees coming from Africa, Syria and Asia who try to reach the European coasts, among others in Greece. However, a perhaps more important factor concerns the principle of solidarity. Indeed, it is high time to feel at one with the Greek population, so the ordinary citizens in that country.