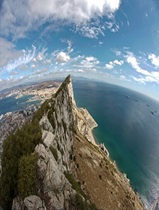 In the wake of the Brexit referendum, Spain submitted a negotiation proposal to the UK on Gibraltar that put joint sovereignty, dual nationality for the Gibraltarians and respect for their autonomy on the table. The almost unanimous vote by the Gibraltarians for remaining in the EU places them in a very delicate position vis-à-vis Brexit. The first option is leaving the Union with the loss of EU freedoms that this entails. Gibraltar should weigh another option in line with the Spanish proposal on joint sovereignty tabled in October 2016 at the UN.

This offer involves at least five advantages, which will be considered in the present analysis: (1) it takes into account the will of the Gibraltarians; (2) the positive economic potential for the population; (3) the alternative scenario would be extremely damaging to Gibraltar; (4) it would put an end to a quarrel between allies and friends; and (5) it would enable Gibraltar’s definitive integration into the EU. Over the course of the EU negotiations on Brexit, both the UK and the Gibraltarians will have to take difficult decisions about the future of Gibraltar.