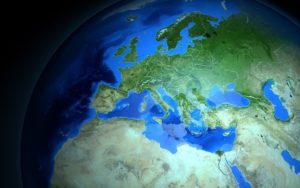 The need for a comprehensive EU External Action

When President Trump decided to attack Iran on 20 June –and, some minutes later, to cancel that decision– the European Council quarrelled about the nomination of a candidate for the Presidency of the new Commission.

A telling coincidence! A US President provoking serious international tensions, if not worse, and European leaders discussing –without coming to an agreement– about the designation of a person.

It is certainly true that the nomination of a crucial position –and there are more to deal with!– is a highly sensitive issue. Nonetheless, it is incredible that Europe apparently is not aware of the decision-making in the US regarding Iran, at least not in such a crucial moment.

It has been said so many times: one of the serious weaknesses of EU policy making concerns its foreign and security policy. The EU may (still) be an economic giant, however, it does not possess the status of a global actor: its decisions come late (often too late), they are too soft, have hardly any impact on the international debate and are thus not effective.

That situation is no longer tenable.

EU foreign policy is multi-faceted. Certainly, it is about pure ‘politics’, like the discussions in the UN Security Council. In the majority of cases though, foreign policy considerations are linked to other cross-boundary issues, such as the economy, asylum and immigration, energy, climate change and environmental protection, monetary policy (Euro) and security, to mention a few examples. Often the ‘substantive’ elements even prevail. For example, the most complicated discussions with the US concern trade conflicts, the benefits –or weaknesses– of multilateral cooperation (NATO and EU), climate change (the implementation of the Paris Agreement) and nuclear energy (Iran). Likewise, the most sensitive discussions with China are related to WTO (restrictions to free trade and competition) and security (the investments connected to the Belt and Road Initiative and Huawei’s telecom supplies). And, with regard to Russia, the Ukraine crisis is not only about politics –the stability on the European continent– but touches at the same time upon our mutual economic relations (the framework of EU-Russian cooperation and the sanctions). Other issues having an impact on our relationship with Russia have to do with security: the ‘frozen’ conflicts, North Stream 2, fake news and hybrid warfare.

So, all the substantive elements mentioned are to be considered as crucial dimensions of EU foreign policy. Or, to put it differently, these elements and foreign policy are closely inter-related.

Therefore, what we need is an effective but, in the first place, ‘comprehensive’ strategy for our EU External Action, enlargement and neighbourhood policy included.

So much is clear: it cannot be that in the process to develop such a comprehensive approach, the procedures and decision-making rules of our Common Foreign and Security Policy (CFSP) will be leading. Unanimity as the main principle for decision-making is perhaps acceptable in times of peace, but not in the troublesome situation where we are living in today. Rather the  –more effective, more efficient and also more democratic– decision-making rules of the related EU policies should be applied: so, a right of initiative of the Commission/High Representative, qualified majority in the Council and, to the extent legislation is involved, co-legislative powers of the European Parliament.

Fortunately, the Strategic Agenda adopted by the European Council on 20 June includes a paragraph on External Action. However, the texts concerned (‘Promoting Europe’s interests and values in the world’) are global and vague, and not very operational.

On the contrary, real action is needed, not incidentally, so in individual cases, but structurally. It is up to our political leaders meeting at the level of the European Council to show us the way. The alternative being that the EU will be more and more marginalized in the future on the international scene.

In the latter case, not only our external status but also our internal stability can easily be negatively affected. Such an outcome has to be avoided at all costs!