The research investigates the salience and position of the Latvian government and the parliament on the differentiated integration (DI) of the EU. The results attest that differentiated integration (DI) is a very low-salience issue in Latvia. It has occasionally appeared in parliamentary debates and rarely in government programmes. The issue of DI became more prominent in the Latvian political debate after 2012. This was largely due to debate on the future of the Economic and Monetary Union and Latvia’s preparations for the introduction of the euro. The salience of DI models was highest during political crises in the domestic and global political arenas. Specific instances of DI were more often mentioned than differentiated integration in general, although there was little or no in-depth discussion of the DI instances either. Politicians have rarely discussed DI models, except for the ideas of a European core and a two-speed/multi-speed Europe. 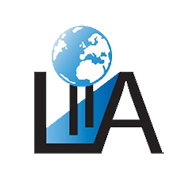