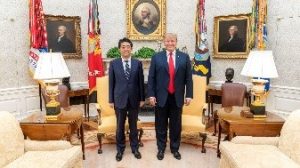 While the idea of the Indo-Pacific as more than just a geographic space is only recently taking root in the Nordics and broader Europe, it has already been hotly discussed as a strategically important arena in foreign and security policy circles in Asia for several years. In a newly released report from The German Marshall Fund of the United States, international scholars examine and compare national views on the Free and Open Indo-Pacific, spanning from Europe to Asia.

NUPI Research Fellow Wrenn Yennie-Lindgren contributes with a chapter on the development of Japan’s Free and Open Indo-Pacific (FOIP) concept.