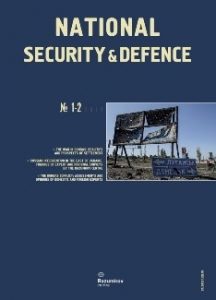 Russian occupation of Donbas is a part of  hybrid war against Ukraine, which began in February 2014 with illegal annexation of the Crimea. At the same time, Russia’s expansion in the “Ukrainian direction” should be considered in the context of the Kremlin’s global aggressive neo-imperial policy.

The first section looks into some geopolitical aspects of the Russian intervention in Donbas; reviews goals and peculiarities of Russian aggression in eastern Ukraine; studies the role and impact of the West in resolving the conflict; and assesses the “Donbas” policy of Ukraine.

The second section describes the overall trends and processes in occupied territories in the military, economic, energy, political, information and environmental spheres.

The third section provides possible scenarios of developments in the conflict zone and assesses chances and prospects of deploying the UN peacekeeping mission to Donbas.

The fourth section offers conclusions, as well as a set of proposals for resolving the conflict in the East of Ukraine.