“After years of sluggish progress, the first half of 2018 has been characterised by renewed initiatives for EU enlargement. On February 6, the European Commission presented a new Enlargement Strategy for the Western Balkans. On May 17, EU and Western Balkan leaders met in Sofia at the EU-Western Balkans Summit, fifteen years after their last gathering in Thessaloniki. On June 12, Greece and Macedonia reached an agreement on their name dispute (although it remains to be seen whether the deal will pass the political and parliamentary hurdles in the two countries). On June 28/29, the European Council discussed the opening of accession negotiations with Albania and Macedonia, unlocking the possibility for them to start in 2019. Lastly, on July 10, the UK hosted the Western Balkans Summit in London, which marked the end of the first cycle of the so-called Berlin Process with meetings in Berlin (2014), Vienna (2015), Paris (2016) and Trieste (2017). (…)” 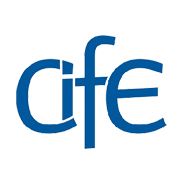