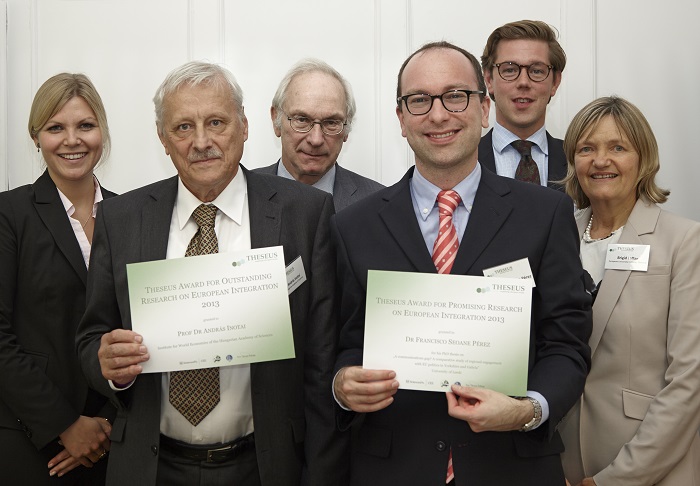 Professor Inotai is a research professor and research director of the Institute for World Economics of the Hungarian Academy of Sciences. His research focuses on global and European economic issues, enlargement of the EU and, most recently, on the European crisis management. In particular, the jury praised Professor Inotai’s capacity to link deep economic analyses with reflected political advice. His work, his outstanding expertise and his crucial academic and political contributions have extensively been acknowledged.

Dr Francisco Seoane Pérez is an assistant professor at the Faculty of Journalism of the University of Castilla-La Mancha in Cuenca, Spain. He received the THESEUS award for his PhD thesis, in which he challenges the concept of explaining the Europeans‘ seeming rejection of further European integration and the lower participation levels in European Parliament elections by the existence of a “communication cap”.

The THESEUS Award Ceremony took place in the Austrian Institute for International Affairs in Vienna on 17th October 2013.