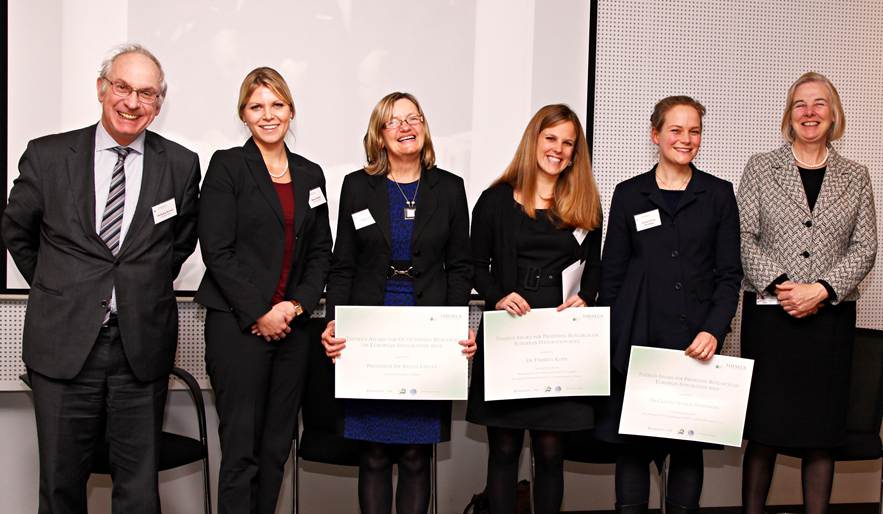 This year’s THESEUS Conference “France and Germany in the EU – 50 years after Elysée. The couple viewed by their European partners”, co-organised by TEPSA and the University of Cologne, took place at the Representation of the State of North Rhine-Westphalia to the EU in Brussels on 6 and 7 December 2012.

Building up on a 50 years’ history of Franco-German relationship, the conference raised the question: What role the Franco-German couple can and will play in the future Europe? The Elysée Treaty, signed 50 years ago by Konrad Adenauer and Charles De Gaulle, can be considered as the beginning of a unique partnership that has played since then a fundamental role in the European integration process. However, none of that would have been possible if the bilateral initiatives had not been endorsed by other member states. Often Franco-German initiatives are characterised as compromise that could prepare the ground for agreements between all member states. Can and will this situation continue in the light of the current crisis? How is the relationship perceived by their European partners from North, South, Central and Eastern Europe?

In the evening of 6 December the THESEUS Award for Outstanding Research was remitted by Catherine Day, Secretary-General of the European Commission, to Brigid Laffan, Professor of European Politics at the University College Dublin for her outstanding academic record in the field of European integration. The THESEUS Award for Promising Research was discerned to Theresa Kuhn and Claudia Schrag Sternberg, both University of Oxford.