For more than 50 years, European integration has been called a success story built up around the narrative of an ‘ever closer Union’. Since the financial and economic crisis, however, a serious concern of disintegration has been striking the European Union. Possible scenarios range from a collapse of the EU system to fragmentation, differentiation, and partial disintegration. Exit schemes like Grexit and Brexit are openly discussed, tendencies of renationalisation arise. External pressures reinforce this trend. In view of these manifold challenges, how might Europe’s future look like? 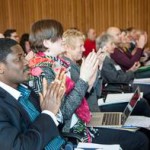 pe, and discussed if and how those have been working as catalysts for further institutional, economic or political integration or caused steps of disintegration. It discussed a set of theoretical understandings, concepts, and definitions of the disintegration phenomenon itself as well as possible causalities and interplays between integrative and disintegrative processes.

More than 100 international academics, politicians, young researchers, and the interested public discussed past and possible future developments of European integration and disintegration processes at the Fritz Thyssen Foundation in Cologne. They found that challenges at hand ask for new political and scientific approaches – leaving some speakers more optimistic than others regarding the EU’s future. 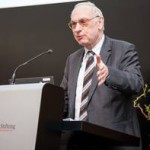 “In EU politics, we have been involved in a lot of subjects, but probably reflected too little on possible crises and adequate reactions to them”, stated Chairholder Wolfgang Wessels, University of Cologne, in his opening remarks. He described the conference as a floor to reflect crises like a possible ‘Brexit’ or ‘Grexit’, tendencies of renationalization and the success of anti-EU parties or the refugee movement towards Europe to better understand such challenges and contribute to an envisaged peaceful future European cooperation.

Defining the often randomly used term ‘crisis’ was a first step to do so. Hartmut Kaelble, Humboldt-University Berlin, distinguished between five types of crises and positioned the EU in the second most challengeable: a crisis in which both governments and the public are involved. “We are thus not in the worst position contrasting to times after the Second World War in which we faced a system crisis”, concluded the Historian.

Johannes Pollak, Institute for Advanced Studies, stated that the EU has always been about crisis management and that it is even crucial for readjustments to its set-up. The tricky element though was that external developments such as conflicts in Syria or Ukraine affected the EU making it more difficult for the Union to react than to internal conflicts only. 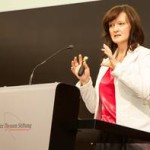 Gaby Umbach, European University Institute, illustrated a two-fold picture: On the one hand the EU facing manifold fields of conflicts around EU politics and on the other hand the – despite growing radicalisation among a minority group – relatively positive perception of EU citizens towards the EU environment. She called for the often raised necessity of improved citizen-involvement to solve the conflictual situation at hand ending with a quite optimistic picture.

Reflecting characteristics of the institutional architecture of the Union

Talking about institutional characteristics of EU crisis management, the panellists stressed a rising importance of intergovernmental decision-making among heads of state or government. This in turn circumvented political debate probably resulting in “more efficiency vis-à-vis less legitimacy” as Christine Neuhold, Maastricht University, questioned when showing the rising number of Trilogues, in which a limited group of representatives of European Commission, Council, and European Parliament arrive at political solutions.

Jörg Monar, College of Europe, spoke of shrinking impact of European Parliament and Council – despite more competences following the Lisbon Treaty (2007) – due to ‘last-minute decision-making’. Olivier Rozenberg, Sciences Po Paris, presented a recent study depicting shrinking numbers of legislation and Philippe de Schoutheete, Egmont Royal Institute for International Relations, illustrated the trend towards informal meetings by the example of talks on the maintenance of the Eurozone.

Discussing conflicts in the EU’s neighbourhood

How crucial a higher attention for developments beyond EU borders and a more active engagement of the EU in solving conflicts in Syria, Libya or between Russia and Ukraine was, stressed for instance Atila Eralp, Middle East Technical University, or Christopher Hill, University of Cambridge. Eralp stated the high potential of the EU in creating partnerships. He called for a more consistent position in EU-Turkey relations. Hill reminded the audience of the ‘mistake’ to address domestic and foreign policy separately.

With regards to possible exits of EU member states resulting from the many facets of challenges surrounding EU politics, Brigid Laffan, European University Institute, warned of domino effects, in which further countries might follow for instance the exit candidate United Kingdom (UK). She moreover addressed exit consequences regarding a new power balance in the EU, in case UK as “critical counter balance” left the Union. 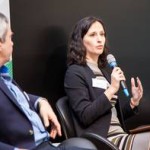 Funda Tekin, Institut für Europäische Politik and Centre international de formation européenne, illustrated that exits on the other hand might also lead to more integration in terms of a ‘core Europe’ and Frank Schimmelfennig, Swiss Federal Institute of Technology, presented differentiated integration as a tool for an ‘ever closer Union’. 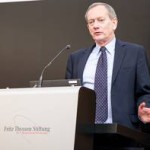 The official part of the conference was closed with the concluding remarks of THESEUS Chairperson Wolfgang Wessels, University of Cologne, and Iain Begg, London School of Economics and Political Science. Both interpreted the topics on the conference agenda as a sign for the need to actively address problems at hand before action was too late, and to redefine theoretical models of European integration to better address processes of differentiation and disintegration. Wessels furthermore stressed the importance for a continuation of research and teaching to improve the understanding of EU politics and a potential engagement. 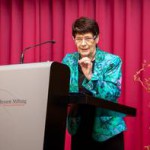 Against the background of the current crisis situation keynote speaker Rita Süssmuth, former President of the German Bundestag, appealed repeatedly: “We must communicate much more”, looking back at many years of involvement in exchange with national and EU political actors. “Today’s politicians need to pay more attention the values and benefits of our community as has been done by heads of state or government in the Union’s earlier years”. She supported the course of Chancellor Angela Merkel in the refugee movement towards Europe – one of the EU’s most pressing ‘crises’. “No quick solution is at reach – therefore it’s best to say we work on it”.  Central elements of that work are engagements in shrinking the percentage of unemployment and social exclusion, argued Süssmuth.

After her speech, the THESEUS Awards were remitted. Joseph Weiler, President of the prestigious European University Institute in Florence, received the THESEUS Outstanding Award for his many years of outstanding engagement in European integration research. The THESEUS Promising Award went to the two junior scientists Leonhard den Hertog, Centre for European Policy Studies in Brussels, and Martin Mendelski, University of Trier.

More information about the THESEUS project