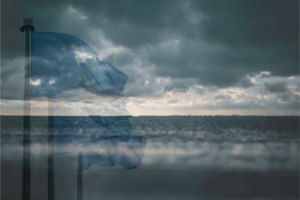 I wrote in my last editorial about a world in turmoil. The latest developments add to the turmoil. We have all followed the visit to Taiwan by the Speaker of the U.S House of Representatives, the first U.S. visit at this level in 25 years; the reaction in Beijing has been swift and fierce. This visit has strong geopolitical aspects that are relevant for the EU as well. Yet I would be surprised if there had been any preliminary consultations between Washington and Brussels before Ms. Pelosi’s departure to Asia. The war in Ukraine has, for understandable reasons, led to the EU and the U.S. moving closer together. A collateral effect of this has been the move towards reconstituting a Western block against a Sino-Russian one, with the rest of the world looking on and defending their own interests. India, for one, has quadrupled its trade with Russia in April and May compared to the same period in 2021; and Russian oil now accounts for 21% of the daily Indian consumption, against a mere 2% in 2021. Africa does not seem terribly impressed by our calls for solidarity in the face of the Russian aggression in Ukraine. Our repeated calls for a new relationship have not had the desired effect on the ground nor have they led to lowering the Chinese and Russian influence. This is both worrisome and sad because Africa is a key continent for our own future.

The question for the EU is whether it really wants to go down the route pursued by Washington. While Russia is not really part of the global value chains – Pascal Lamy in a recent interview in La Tribune pointed out that Russia is the least globalized power in the world and that it primarily exports its “surplus” in terms of energy, agriculture, and weapons – China is very much a key player globally. We have no illusions whatsoever about the nature of the Chinese regime, but is it really the best time to engage in what Simon Jenkins in the Guardian called a “mid-term electoral stunt”? It also bears pointing out that the official policy of both the EU and the U.S as regards China/Taiwan is that of “one country, two systems,” in contrast to Russia and Ukraine that, however much Putin would like us to believe, are two countries, not one. In the case of China/Taiwan the question is not about there being one day one China, but about the way to get to this result.

More generally, we rightly deem that universal values are important and that we should promote them as much as possible. Sometimes though, however much we regret this, there are overriding interests that make it impossible to only base our actions on values. Otherwise, why would the U.S President and the French President engage with the Saudi Crown Prince the way they have done in the past days, despite of the latter’s role in the Khashoggi murder? Why else does the EU everything possible, and rightly so, to come to an agreement with Iran on the resumption of the JCPOA agreement? Why else does the West seem to forget about the less palatable aspects of the Venezuelan regime? It seems to me that the stakes concerning relations with China are so high that talking up the possibility of a war between China and the U.S on the issue of Taiwan is not such a brilliant idea right now. It certainly does not in any way coincide with European key interests. If Britain considers that it is in their core interest, so be it. The ongoing leadership contest in the UK is, from an EU and Irish perspective, depressing, incidentally. It only confirms me in the belief that it will take a long time before we can get about finding a way towards a more constructive relationship with this important neighbouring country.

It all boils down to the question of whether the EU should have strategic autonomy or not: the freedom to choose its own options according to its own interests and values. The European reaction to the attack on Ukraine was strong, spontaneous, and much more unitary than Putin expected. One can have fears about some of the effects of what has happened, notably on our energy situation. One can also believe, as I do, that even while supporting Ukraine as strongly as we do, we need to start reflecting on our longer-term relations with Russia, in the hope of one day breaking the spiral of ever bigger confrontation and estrangement. Of course, as the saying goes, it takes two to tango, and the present Russian régime seems to believe in bombing more than dancing. I hope that that will change. To sum up: it is fair to say that the political decision taken in Europe to support Ukraine as strongly as it did was its own decision. It was based on the feeling that the Russian behaviour was not only intolerable from a humanitarian point of view but also a threat to our own interests and integrity. And it was only natural that in this context we should closely liaise and work with the U.S. and indeed NATO.

The interesting thing about our sanctions against Russia is that this time the EU has factored in the possible negative effects on its own economy and on its future energy policy. That is a sign of growing maturity in terms of becoming a global actor. The short-term effects can and will be disturbing and possibly painful. Europe will have to prove that it can cope with such a situation.

It should help that this policy will not only to lower our dependence on Russian oil and gas but also hasten the move towards a de-carbonized economy. Both are also about increasing the European strategic autonomy. It would be entirely wrong to take the present situation as a pretext to lower our long-term ambitions in terms of the fight against climate change. The opposite should be the case, even though there may be a need for some temporary concessions and stop-gap measures, like the reopening of some coal mines. As Commission Vice President Frans Timmermans remarks in his foreword to the TEPSA book on “Climate Change and the Future of Europe: Views from the Capitals”, that will shortly be published, “climate change will not only determine the future of Europe, but it is also already part of our present.” The heat waves and bush fires we have again seen across Europe these last weeks bear ample testimony to that. Therefore, the Green Deal strategy and the European Climate Law setting out binding targets of reductions of CO2 emissions and the accompanying legislative are the right way forward.

I will conclude with a few thoughts on our internal situation. Italy’s snap election is hugely important in this respect. Here we have a large EU state with strong far right and Eurosceptic forces; a country that struggles economically and has a very big debt to PNI ratio. Prime Minister Draghi kept the markets at bay and put the recovery plan on the rails. Political turmoil can threaten those advances, which would have direct effects on the EU. The more so since the galloping inflation, and the ECB’s reaction to it, will in any event be challenging. The EU is in for a complicated internal debate about economic governance, with the risk of old divisions resurfacing. The social and political situation in France after the recent elections is also difficult to assess, and the debt situation is not brilliant either. It will be interesting to see whether France’s political system will evolve because of the need to find changing majorities in the Assembly. Some observers believe that this could bring France closer to the Brussels way of seeking compromise between conflicting interests and opinions.

One other consideration in this context. I wrote in my last editorial that “the time has come for a fresh dialogue with countries like Poland and Hungary on the way to deal with each other and on the common responsibility to respect fundamental values and diversity at the same time.” I still believe that. I have followed the polemic about the recent Orban speech at the 31st Bálványos Summer Free University. There are indeed passages in this speech that are problematic, and it is right to point them out and to contest them vigorously. At the same time there is a lot of food for thought in what the Hungarian Prime Minister says, on geopolitics, the EU’s position in the world and its lack of autonomy and power, the declining attractiveness of the West in the eyes of many regions of the world, on the different ways Poland and Hungary look at the war in Ukraine, on economic governance.

We need a vibrant and open debate about the challenges that Europe faces, both globally and internally. TEPSA is ideally suited to participate in this debate, and this is increasingly recognized by the European Commission and the European Parliament when it comes to awarding projects. I would just like to mention three such projects we were entrusted with in the last weeks. TEPSA will coordinate the “Raising Awareness on Disinformation, Achieving Resilience (RADAR)” project. And TEPSA will be a key implementing partner in the Horizon-funded projects “Reclaiming Liberal Democracy in Europe (RECLAIM)” and “Towards a new era of representative democracy – Activating European citizens’ trust in times of crises and polarization (ActEU)”.