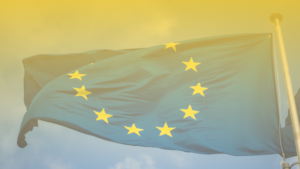 The recent developments in and around Ukraine have brought to the fore growing calls for a more forceful role of the EU as a global actor. It is important to get our priorities right.

One of the much talked about ideas is to introduce Qualified Majority Voting (QMV) in CFSP. It is an appealing idea, because the behaviour of some Member States can be frustrating; this clearly is the case with Orban blocking much-needed funds for Ukraine because of his tussle with the EU on the rule of law. But it is in many respects a false good idea.

My first argument is one of feasibility: the CFSP is and remains an intergovernmental policy. Sovereignty remains national and the default option is unanimity. I see no short-term perspective for this to change. It is true that some limited possibilities exist in the treaties to take some decisions by QMV, but to trigger that possibility one needs unanimous agreement in the European Council, as set out in Article 31 (2) (3) TEU. And even in cases where this happens, a Member States can invoke vital interests to block a deal by QMV.

My skepticism is also based on the belief that QMV in foreign policy is not necessarily desirable. It certainly is not for really important issues that matter deeply to Member States. The question to ask is: “could we envisage a situation where the EU would outvote Greece or Cyprus on relations with Turkey, or the Baltic States or Poland on Russia?” What would that mean for the future of the EU?

Even in less vital areas one can have doubts. This is linked to the effects of the decision to be taken. In Article 31 (1) TEU, there is a possibility for constructive abstention. But in that case the abstaining Member State can make a declaration that it is not bound by the decision. This would a fortiori be the case, were the EU to decide to move to more generalized QMV in CFSP. This is different from legislative decisions taken under the Ordinary legislative procedure where every Member State, whether it voted for or against, is bound by the outcome. The result could well be a weakening rather than a strengthening of EU action. Take sanctions: is it preferable to have a unanimous decision binding all Member States (reached with a bit of delay),or a quick decision by constructive abstention or QMV, with one or more Member States not applying it? Asking the question is answering it.

Finally, CFSP should not be seen in isolation. It is but a small part of the EU’s external policy. And in areas such as trade, transport, energy, the external effects of the Single market, the Ordinary Legislative Procedure (OLP) applies, with QMV in the Council. A word on trade in this context. The reality over the past years has been that voting has been rare in that area in spite of the legal basis being QMV. This is partly due to the general reluctance to quickly outvote Member States (even in QMV areas, the Council always tries to find consensus of at all possible), but there is another reason: the EU has taken the habit of lumping together in one big agreement trade issues together with human rights clauses or political conditionalities that are governed by unanimity. This has led to the need to find unanimity in the Council and even the need for ratification in the 27 Member States. There is a simple solution to this: to do trade-only deals where they are in our interest and get on with the business.

Maybe there are imaginative ways of reconciling the desire to have easier decision-making procedures and the constraints outlined above. Within our TEPSA network people are working on this, but I have yet to hear of a solution that is both feasible and desirable. I would add in this context that unanimity does not automatically lead to non-decision. If you look at the EU’s reaction to the Russian aggression it has been rather impressive, overall. And the unity shown has been a strong signal inside and outside of the EU.

Which brings to what really matters in foreign policy. It is not to negate underlying tensions and differences of views; they exist for geographical, historical, political, and economic reasons. It is about developing a common strategic outlook on the key interests of the EU. This has happened in the case of the Russian attack on Ukraine. It has been one of those instance where the EU has been obliged to look at the world as it is, not as it dreams it to be. Member States have accepted unity and common purpose not because they all look at the issue in exactly the same way, but because they understand that the Russian behaviour is a threat to its core interests and values. That is why it has adopted tough sanctions and agreed on the need to assist Ukraine on all fronts, including the military one. And that it has tightened links with NATO and the US, because that is where our hard security interests lie. The decision of Finland and Sweden to join NATO bears testimony to that reality.

I very much believe in the concept of strategic autonomy in the sense of developing our capacity to act and be a true player on the global scene. This implies looking at all our policies and see where our weaknesses and strengths lie and deciding on measures that minimize the former and enhance the latter. It does not mean, however, that the EU should replace NATO in the short or even medium term. In the area of security and defence, more strategic autonomy simply amounts to investing in capacities that will benefit the alliance, while opening a long term perspective of a more autonomous European defence, should political developments dictate it.

The close cooperation with the Biden administration on Ukraine is necessary. But it should not blind us to challenges that arise in this context. It is not because we see eye-to-eye on Ukraine, or the challenge posed by China that we should reason exclusively in terms of ‘the West against the Rest’. Nor that the EU should automatically align on every move dictated by Washington; it is not for America to decide the details of who can invest where in Europe.

The fact is that the sanctions against Russia bear a far higher price for the EU than the US, which in the field of energy is actually a net winner. There is a huge competitiveness gap arising across the Atlantic. The problem is compounded by the aggressive promotion of ‘America first’. Recent events show that this is not just a Trumpian slogan. The so-called “Anti-Inflation Act” is a perfect example of an industrial policy with strong protectionist undertones. And the sad truth is that, whether intentionally or not, the main victim of this policy, apart from China, will be… the EU. Both because as a leading economic power we intrinsically have a huge stake in transatlantic trade, and because we do not have a free trade agreement with the US that would immunize us against the US measures. If we do not find a recipe to counter the American move, our industry will suffer immense losses.

Unfortunately there are no good nor easy solutions, unless Washington changes tack. Going to the WTO is not promising, because the dispute settlement mechanism no longer functions adequately, partly because of Washington blocking nominations to it. Bilateral negotiations are a more promising route, but recent visits to Washingtons have shown that the chances of succeeding do not seem very high. Autonomous counter-measures are another route, even though not a very palatable one because of the risk of a generalized trade war. Lastly, the EU could envisage, as apparently suggested by some sources in the Biden administration itself, a ‘Buy European’ act mirroring the US initiative, possibly coupled with a new European investment plan and fund. With the risk of a competing rush towards massive subsidies. Again not ideal, but maybe in the end the lest bad solution.

The questions raised here are difficult and controversial. But we Europeans must get into the habit of asking them and confronting the fact that some US actions can be contrary to our core interests. Our capacity to act and react cannot just apply to the East and the South and stop at the Atlantic.