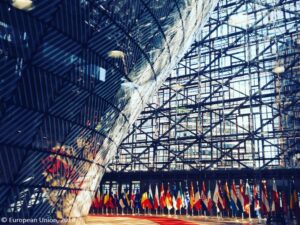 On June 17-18, TEPSA will hold its Pre-Presidency Conference in view of the upcoming Slovenian Presidency. The system of rotating Presidencies goes back to the very beginning of European integration. It has survived over the years, with two exceptions: following the Lisbon Treaty, the European Council is now chaired by a full-time President elected for a two-and-a-half year term, renewable once; and the High Representative chairs the Foreign Affairs Council. Those two bodies have a high need for visibility, including to the outside world. It was always a bit puzzling for outside partners and observers to see new faces representing the EU every six months. That is the reason why the Lisbon Treaty abolished the rotating Presidency in these two instances.

From time to time you hear complaints about other drawbacks of the rotating Presidency system. Does changing chairs every six months not lead to an absence of continuity and coherence? Does it not create confusion for the citizens who are used to see familiar faces at the helm of their national institutions?  Is there not a risk of making the EU hostage to fortune: are we sure that we have the “right” Presidency for the right circumstances? Has the situation not been made worse with 27 Member States, leading to longer intervals between two successive Presidencies of a Member State and hence less experience and expertise?  These are legitimate questions, and there certainly is some truth in all of them.

Yet I believe that the advantages of the system outweigh the inconveniences. To prove this point, I will look at a number of factors that mitigate the possible drawbacks, before setting out a number of positive arguments in favour of the system.

The Presidency does not work in a vacuum. It is part of a well-oiled-machinery. The Council is structured in a way that has developed over the years and is highly efficient. COREPER (II and I) plays a major part. This group of top-level civil servants from the 27 and the Commission, as well as the EEAS, know each other well and provide vital support to the Presidency.

The Presidency is supported by the General Secretariat of the Council and its Legal Service (GSC), which is literally at its side throughout its mandate: its representatives sit to the left of the chair in all meetings and at all levels. The GSC, apart from doing usual secretariat work and ensuring the respect of the rules of procedure, is also a political advisor to the Presidency. As such, it transmits detailed briefing notes to the chair of COREPER and the Council on each point of the agenda. This helps ensure continuity. In view of the administrative independence of the GSC from the Presidency it also leads to the latter receiving honest and frank advice based on a high level of expertise.

The Presidency is only one of the actors in the interplay between the various institutions. Links with the European Council are both indispensable and constant. The European Council sets the overall direction. For this to be efficient, the dialogue with the rotating Presidency both before meetings and in the follow up is crucial, since the political orientations have to be translated into formal decisions with the help of the other institutions. The Prime Minister of the rotating Presidency plays a key role in EUCO meetings where he/she functions as a kind of rapporteur, often intervening at the beginning of a discussion. The Commission is another key player, and it is represented in the Council meetings at every level. That helps ensure expertise, continuity and coherence. And to negotiate legal texts you need the European Parliament, which is the third key actor.

In fact, the primary role of the Presidency after the Lisbon Treaty is to negotiate legislative texts with the EP. This mostly happens in trilogues where the Council is represented by its Presidency. There are sometimes complaints that the Council, represented by people who change every six months, is at a disadvantage compared to the EP whose negotiators are more permanent and specialized. That is why Presidencies are most often represented in the trilogues by the COREPER chairs who are experienced civil servants with a political flair and who know the files extremely well.

So overall the potential drawbacks can be coped with. More importantly, there are very convincing positive arguments in support of the rotating Presidency system.

Having each Member State chair the institution in turn increases ownership and trust between the countries. Each of them knows that sooner or later they will sit in the hot chair and have to deliver. It is the ultimate test for showing that Brussels is not just “them”, but also “us”.

To prepare for the Presidency, the national administrations have to invest more heavily into EU affairs than they normally would. In this respect, the existence of Presidency trios which prepare their Presidencies jointly is an asset. This creates close links between the three administrations who can – and do – learn from each other. The Presidency is in fact a formidable instrument to help a country better understand the workings of the Union and hence to be fully integrated.

A Presidency mobilizes an incredible amount of energy. Its representatives work very long hours during their six-month stint. In my home country we used to say that a Presidency is like a mobilization of troops. This injects new dynamism into the system, to an extent that a permanent administration simply could not match.

While a Presidency cannot and should not reinvent the wheel, which would disrupt the system, it can and often does put emphasis on issues it feels particularly attached to. Examples of this are the focus on digital issues under the Estonian Presidency or relations with the Western Balkans for the Bulgarian or Croatian Presidencies. We are of course talking here about files that are of great importance to the whole EU but where a particular Presidency can bring a particular sensitivity and expertise.

Finally, a Presidency is a great tool for communicating Europe to your own people. During those six months, your representatives are seen chairing the Council, giving interviews on behalf of 450 million people, inviting their colleagues to the country for informal gatherings (unfortunately COVID-19 has not allowed for this during the last Presidencies)

At our next editorial we will look at the criteria that make for a good Presidency and the way one defines the success or not of a Presidency.