Tensions in Turkey-EU relations subsided toward the end of 2020 following the Turkish government’s positive engagement with the EU and moderation on the Eastern Mediterranean agenda. EU leaders thus decided to impose an extension of a specific sanctions list that had been adopted one year before rather than impose more comprehensive sanctions toward Turkey during their most recent summit, on December 9–10, 2020.

In the same summit, High Representative Josep Borrell and the Commission were given the task of preparing a report on instruments and options regarding how to proceed after an analysis of different aspects of Turkey-EU relations. This report, which is now submitted for the upcoming March summit, proposes a new framework for relations while keeping Turkey’s accession perspective frozen. The Council conclusions also noted that the approach toward Turkey would be coordinated with the incoming administration of President Joe Biden in the United States, although a full- fledged discussion on the issue was postponed until the March European Council meeting. This provided some time for the Turkish government to ease tensions in the Eastern Mediterranean, make headway in the political reform process, and create a positive environment for reforms on rights and freedoms, rule of law, and independence of the judiciary, especially with regard to high-profile cases such as those of Peoples’ Democratic Party (HDP) Co-chair Selahattin Demirtaş and philanthropist Osman Kavala. 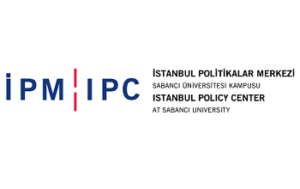