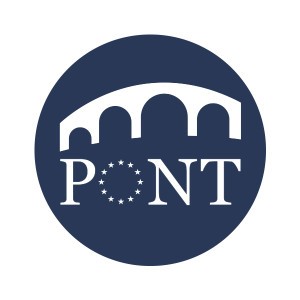 Ebru Ece Özbey and Maryia Hushcha are the two PONT researchers selected to participate in the TEPSA Pre-Presidency Conference in Tallin on 15-16 June 2017.

In the spirit of the PONT (Professional Training on EU Affairs) project, which aims at providing a bridge connecting young researchers and EU practitioners, TEPSA launched a call for applications in April 2017 to enable young PONT researchers to actively participate in TEPSA’s Pre-Presidency Conference.

The main aim of TEPSA’s Pre-Presidency Conferences is to bring together academics and researchers from the broad TEPSA network, policy-makers, the media and civil society in order to discuss the agenda and challenges of the upcoming Council Presidencies. TEPSA Pre-Presidency conferences represent a major platform for communication and exchange between policy-makers and academia.

Prior to the event, TEPSA researchers formulate recommendations to be presented to high-level officials of the government concerned in a plenary session. Moreover, the conferences actively involve civil society and media actors, who are able to interact with practitioners and academia. Finally, the insights gained during these conferences and seminars directly feed into future research on the EU and into EU policy making. Thanks to their genuinely European and transnational nature and to the involvement of civil society, TEPSA’s Pre-Presidency conferences actively contribute to shaping a European public sphere.

The role of PONT participants in the PPC
The participation of PONT participants in TEPSA’s Pre-Presidency Conferences serves to deepen and widen the perspectives and the learning effect on the young researchers involved in the Working Europe Seminars and the Career Skills Trainings. Participants in the Working Europe Seminars and the Career Skills Training are invited to take part in the TEPSA Pre-Presidency Conference with a threefold aim: it broadens their network to senior academics and policy-makers; it confronts them with views on topical EU issues as seen from different EU member states; and enables them to practice the skills acquired during the training.

The selected PONT participants will be holding a brief speech during one of the panels, presenting their view on an upcoming challenge and recommend which should be the main priorities of the Presidency.

Ebru Ece Özbey will intervene in the panel on Brexit and the populist challenge and Maryia Hushcha will speak about upcoming challenges in the EU’s Neighbourhood (esp. Eastern Partnership & Russia).

Their written contributions have further been taken into consideration in the drafting of the TEPSA recommendations to the upcoming Council Presidency. The PONT participants will also act as rapporteurs for the panels, summarizing the main findings for the PPC report.

Ebru Ece Özbey’s policy brief on 3 lessons to be learnt from Brexit is accessible here.