The recent move to give Britain’s domestic security agency MI5 the lead in combatting extreme right wing terrorism did not hit the front pages, nor for that matter was it officially announced. But, after months of negotiations between senior government officials, the police and MI5, the decision suggests that many of those in charge of security in the United Kingdom have reached the conclusion that extreme right wing activity can amount to terrorism. Distinguishing between different forms of right wing activity is not easy: MI5’s remit is to protect national security but not public order, which is the remit of the police. 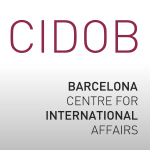