The EUs current Arctic policy from 2016 focuses on climate and environmental protection, sustainable development and international cooperation. The EU has followed up with contributions to research and international cooperation in these areas. However, the EU’s engagement in the Arctic is overlooked internally – with the Arctic perceived of as a marginal arena for policy action – and externally – with a lack of broader recognition for the EU’s Arctic efforts and contributions. The authors suggest that the EU has perhaps defined its Arctic policy approach – and understood Arctic governance – too narrowly. Arctic policy has been a niche concern in Brussels, and this has resulted in a focused and consistent approach, but involved too few EU actors in Arctic policymaking.

Consequently, the EU has unwittingly limited its role in the Arctic and made it even more difficult to formulate a convincing narrative about what the EU has to do with and in the Arctic. In the authors’ view, there are three broader policy areas that have untapped potential for giving additional ballast to the EU as an Arctic actor: energy, ocean and space governance. 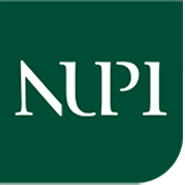