The article, published in the journal Political Research Quarterly, explores the relationship between political candidates’ records of military service and their electoral success in communities more and less affected by war violence.

Electoral competition in postwar societies is often dominated by war veterans. The question whether voters actually reward candidates’ records of war service, however, remains open. We answer it using a unique dataset with detailed information on the records of combat service of nearly four thousand candidates in two cycles of parliamentary elections held under proportional representation rules with preferential voting in Croatia. Our analysis shows war veterans’ electoral performance to be conditional on the voters’ communities’ exposure to war violence: combat veterans receive a sizeable electoral bonus in areas whose populations were more exposed to war violence, but are penalized in areas whose populations avoided destruction. This divergence is particularly pronounced for candidates of nationalist rightwing parties, demonstrating the importance of the interaction between lived war experiences and political ideology in postwar societies. 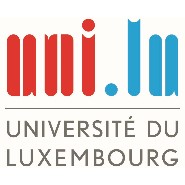