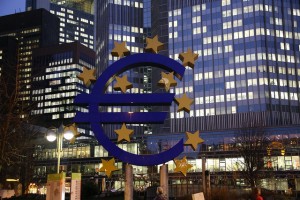 Among the many economic governance initiatives undertaken over the last few years, those intended to achieve deeper financial integration have been widely regarded as crucial and urgent. The financial crisis and the subsequent sovereign debt crisis had revealed a number of flaws in the governance of the euro, and the EU’s leaders have since tried hard to put in place a new framework for economic policy-making which deals with these flaws. However, progress has been slow and has exposed deep differences among the Member States.

After some very tough negotiations, the EU came to an agreement just before Christmas 2013 on the second stage of what has come to be known as banking union.  A single resolution mechanism (SRM) for dealing with failing banks will now be added to the single supervisory mechanism (SSM) which completed its legislative journey in October. A third element originally envisaged for banking union, common deposit insurance, continues to divide EU Member States and has made no tangible progress.

According to Michel Barnier, the Commissioner responsible for financial services, the December deal was ‘a momentous day for banking union. A memorable day for Europe’s financial sector’. But is it and will it prove to be enduring?