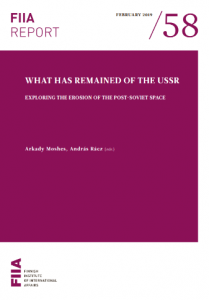 Arkady Moshes & András Rácz, What has remained of the USSR: Exploring the erosion of the post-Soviet space, 02 2019