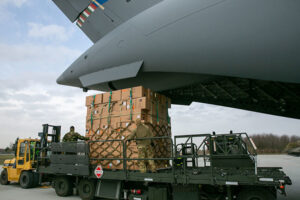 The tragedy that is the Coronavirus has already claimed too many lives, but it has also allowed Europe’s public services to shine. Citizens across Europe are rightly applauding the tireless work of medical professionals, police and transport workers. Europe’s armed forces have also been called on to roll back the virus. Whether this should be likened to a ‘war’ is open for debate, but Europe’s militaries have mobilised to supply extra hospital space and to support the public through emergency quarantine and hospital capacities and the airlifting of medical equipment. Europe’s air forces can also assist with the repatriation of thousands of European nationals that are still stuck in foreign lands.

How the virus will hit European defence over the long-term remains to be seen, of course. What can be said with a degree of certainly, however, is that Europe’s defence budgets may take a sizeable hit while Europe’s economies recover from the virus.