The InDivEU Workshop “Citizens and the European Union: a Complicated Relationship” took place in Amsterdam, 13 October 2021, at de Balie in a hybrid format. This workshop was the final event of the Horizon 2020 project Integrating Diversity in the European Union and gave an opportunity to present the projects’ final stage findings as well as findings from other scholars who work on the topic of differentiated integration. 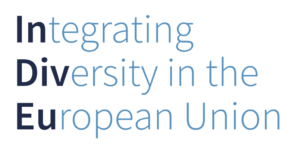