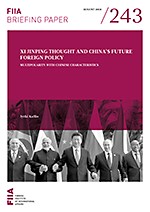 Xi Jinping Thought is aimed at guiding China both domestically and internationally. The goal is China’s national rejuvenation, which will break the global dominance of Western civilization. The revival must allegedly be led by a strong ideology guided by a strong and charismatic leader: Xi Jinping.

Based on the ancient Chinese ideal of “great unity under Heaven”, Xi’s long-term goal for China is the creation of a “community of a common destiny for Mankind”. So far, this idea has no concrete manifestations on the global scale.

Through the Belt and Road Initiative, China is building a regional community of common destiny in Central and Southeast Asia. This is both an indirect challenge to the existing “Western” system, and a step in delineating China’s sphere of influence.

From the Chinese perspective, the principal contradiction in international relations may be between Chinese and universal values. In the future, ideological competition is likely to play a bigger role in China’s relations with the West. 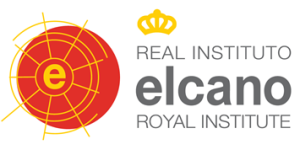